Bozell & Graham Column: The Year of the Fact Checker?? 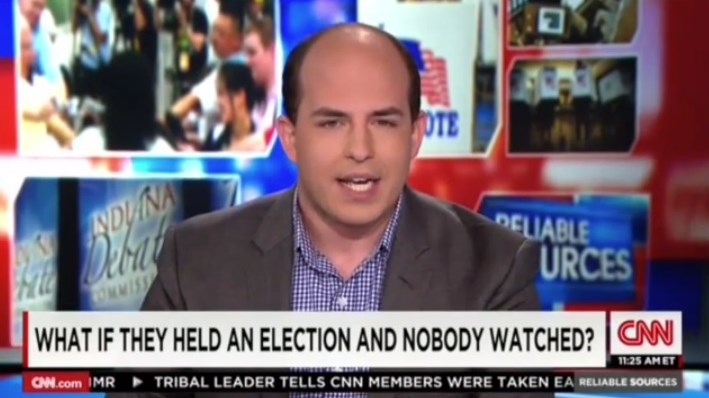 CNN’s Brian Stelter sent around an Election Day e-mail declaring “This is the year of the fact-checker.” He joked “Trump made fact-checking great again.”

"It's really remarkable to see how big news operations have come around to challenging false and deceitful claims directly. It's about time," said Brooks Jackson, the director emeritus of FactCheck.org.

PolitiFact editor Angie Drobnic Holan announced "All of the media has embraced fact-checking because there was a story that really needed it." She was singling out Trump: "(T)he level of inaccuracy is startling." PolitiFact founder Bill Adair boasted: “Is this the post-truth election, as people have claimed? No. It’s actually the thank-goodness-there-are-fact-checkers election.”

The rise of “fact checking” in the American media is now honored in a new book called Deciding What’s True. Unsurprisingly, the author, University of Wisconsin professor Lucas Graves, focused first on how journalists challenged President Reagan’s “well-established reputation for error and exaggeration.”

From the Reagan years to today, conservatives have been dismissed by the press as the “poor, uneducated, and easy to command" types. Thirty years later, nothing's changed.

It’s precisely this long-standing ideological arrogance – that conservatives are both intellectually challenged and the most resistant to what “objective” journalists define as reality – that informs the “fact checkers.” Throughout this election cycle, liberal journalists have touted the honesty and factual accuracy of Hillary Clinton by grading her on a curve with Donald Trump based on the verdicts of these biased “fact checkers.”

Trump can be careless with facts, and resistant to media shaming. But for these "fact checkers" to claim Hillary is far more honest is preposterous. PolitiFact awarded its "Pants on Fire" tag to Trump 57 times to Hillary's seven. Likewise, Washington Post "Fact Checker" Glenn Kessler reported "Trump earned significant more four-Pinocchio ratings than Clinton -- 59 to 7, and "The numbers don't lie."

Well, yes they do. Just ask the parents of the brave men murdered in Benghazi if Hillary lies. Ask the FBI -- even Director Comey, who exonerated her. Ask those who held hearings in the House and Senate and listened to her testimony. Ask those who have investigated the Clinton Foundation. They and so many others will speak to her endless lies. But not so the "fact checkers."

It is a given that the default position for the media elite is to rate liberal politicians “True” and conservatives of every faction “False.”  Take the vice-presidential candidates on the PolitiFact “Truth-o-Meter” in this campaign. Tim Kaine was rated “True” or “Mostly True” 26 times, and Mike Pence drew those positive ratings only 8 times. Pence was “False” or “Mostly False” 18 times, and Kaine drew those marks only 11 times.

Since September 1, conservatives and Republicans have been scolded as "Pants on Fire" 28 times (fully 14 of those tags were for Trump). Liberals and Democrats? Only four (and only one for Mrs. Clinton). That’s a seven-to-one tilt, and an obscene 14-1 tilt for the presidential candidates.

PolitiFact founding editor Bill Adair recently admitted this was an awfully subjective racket. (Ya think?) When a supportive interviewer suggested their measurements contained some personal opinion, Adair admitted “yeah, we’re human. We’re making subjective decisions. Lord knows the decision about a Truth-O-Meter rating is entirely subjective. As Angie Holan, the editor of PolitiFact, often says, the Truth-O-Meter is not a scientific instrument.”

In a review of the Graves book in The Washington Post, Heidi Moore asserted that Graves “shies away from branding any politician a liar, noting that fact-checkers never use the term.” Are these analysts so dim as to think a “Pants on Fire” rating doesn’t strongly imply “Liar”? Or the Washington Post Fact Checker’s “Four Pinocchios” doesn't imply a falsehood?

It's time to fact-check the fact checkers. In fact, it's already been done. According to a recent Rasmussen poll, just 29 percent of likely voters trust media fact-checking of the candidates, while 62 percent believed the media “skew the facts to help candidates they support.”

Don't you just love the American people? They have awarded one big, fat "Pants on Fire" to the entire national news media for their fact-checking arrogance and plain old dishonesty. And that's a fact.