Bozell & Graham Column: Dear Washington Post, Get Over Yourselves 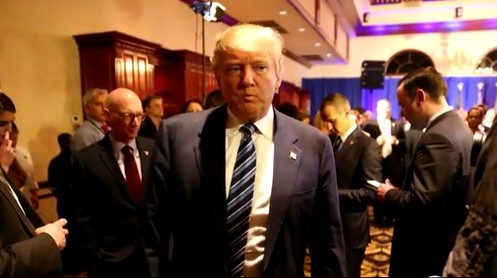 The Washington Post defined the old term “high dudgeon” when Donald Trump took away its press credentials for being “dishonest and phony.”

The Post triggered this with a loaded headline: “Donald Trump suggests President Obama was involved with Orlando shooting.” This could be believable stuff, since Trump had bizarrely suggested Ted Cruz’s father might have been connected to the JFK assassination.

But this time it was the Post inventing stories.

Trump had told Fox News “we're led by a man that either is not tough, not smart, or he's got something else in mind.” He again blasted Obama for refusing to use the words “radical Islamic terrorism,” suggesting Obama might have a dangerous softness on radical Islam.

To our pro-Obama press, this is a nasty slur. But weren't these the same journalists that constantly suggested George W. Bush’s war on terrorism was “not tough, not smart” and only aided the terrorist cause?

Whether or not you can support Trump, it’s glaringly obvious that in a presidential election year, The Washington Post is out to destroy him, and had it been any other Republican, it would be the same. But the Post self-righteously presents itself as Democracy’s Handmaiden.

The Post published an unbylined staff editorial on June 14 titled “Donald Trump’s assault on our values.” They lamented his post-Orlando speech. Trump “took a victory lap, hinted darkly that President Obama is an enemy of the nation, libeled American Muslims and, in grotesque punctuation, finished up with a vindictive attack on the media.”

Attacking the media is categorized as “grotesque” and “vindictive.” And then they added: “Mr. Trump capped a day of assaulting fundamental liberal democratic values by announcing he would ban Post reporters from covering his campaign events. If this is his inclination now, imagine how he might wield the powers of the presidency.”

Many imagine he'd be a wonderful breath of fresh air, refusing to indulge the arrogant elites in the press.

The Post published no huffy editorial last summer when the Clinton campaign banned right-leaning reporter David Martosko of the London Daily Mail from their print pool. They expressed no editorial-page outrage as the Obama administration has routinely insulted and avoided Fox News and described them as “not a news organization.”

There was no editorial when days before the 2008 election, the Obama campaign kicked three McCain-endorsing papers off their plane – The Washington Times, the New York Post, and The Dallas Morning News  – to make room for the black magazines Ebony, Essence, and Jet. The Post did a brief news item headlined “Reporter Off Obama Plane: Times Editor Squawks.” 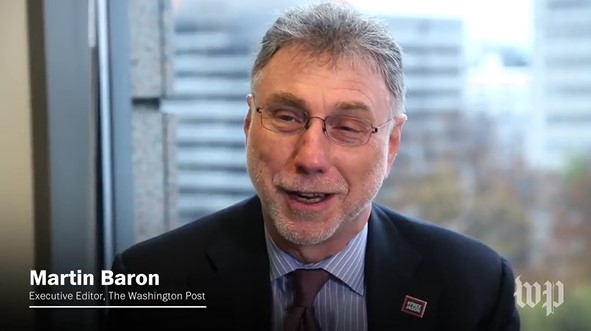 But when Trump does this, there is no "squawking." There is sanctimony. “Donald Trump’s decision to revoke The Washington Post’s press credentials is nothing less than a repudiation of the role of a free and independent press,” huffed Post executive editor Martin Baron. “The Post will continue to cover Donald Trump as it has all along — honorably, honestly, accurately, energetically and unflinchingly.”

The Post is never more phony and dishonest when it claims it’s utterly “unflinching.”  In 2012, they trashed 17-year-old Mitt Romney on the front page for an alleged haircut-bullying incident in 1965, while the idea of the Post ever covering Obama “unflinchingly” is a sick joke.

The Post just acquired their first interview with Hillary Clinton since she became a candidate, at the moment Hillary became the presumptive first female major-party nominee. This is how “unflinchingly” reporter Anne Gearan began the ten minutes the Post was granted: “What will you remember most, and if you’ve thought about it, what do you think you’ll tell [granddaughter] Charlotte about last night when she’s old enough to hear about it from you?”

Dear Washington Post: please get over yourselves and your completely inaccurate self-image as the essence of fairness, accuracy, and nonpartisanship.