On Monday's New Day show on CNN, during a discussion of the letter that Barack Obama gave to Donald Trump as the former President was leaving office, conservative CNN commentator Jack Kingston recalled several of the scandals involving the Obama administration. Liberal CNN commentator Bakari Sellers claimed with a straight face that President Obama was "eight years scandal-free." He also took a shot at Fox News for covering Obama-era scandals, dismissing the coverage as "talking points."

At 8:54 a.m. ET, after substitute host Dave Briggs read from the letter in which Obama left advice for how Trump should handle the presidency, he went to Kingston for reaction. The former Republican congressman responded:

Briggs then brought up the firing of former FBI director James Comey as the CNN host followed up: "Does firing the acting FBI director for not killing the Russia investigation fall under protecting the rule of law, Jack?"

After Kingston defended President Trump's firing of Comey, Briggs turned to Sellers to follow up: 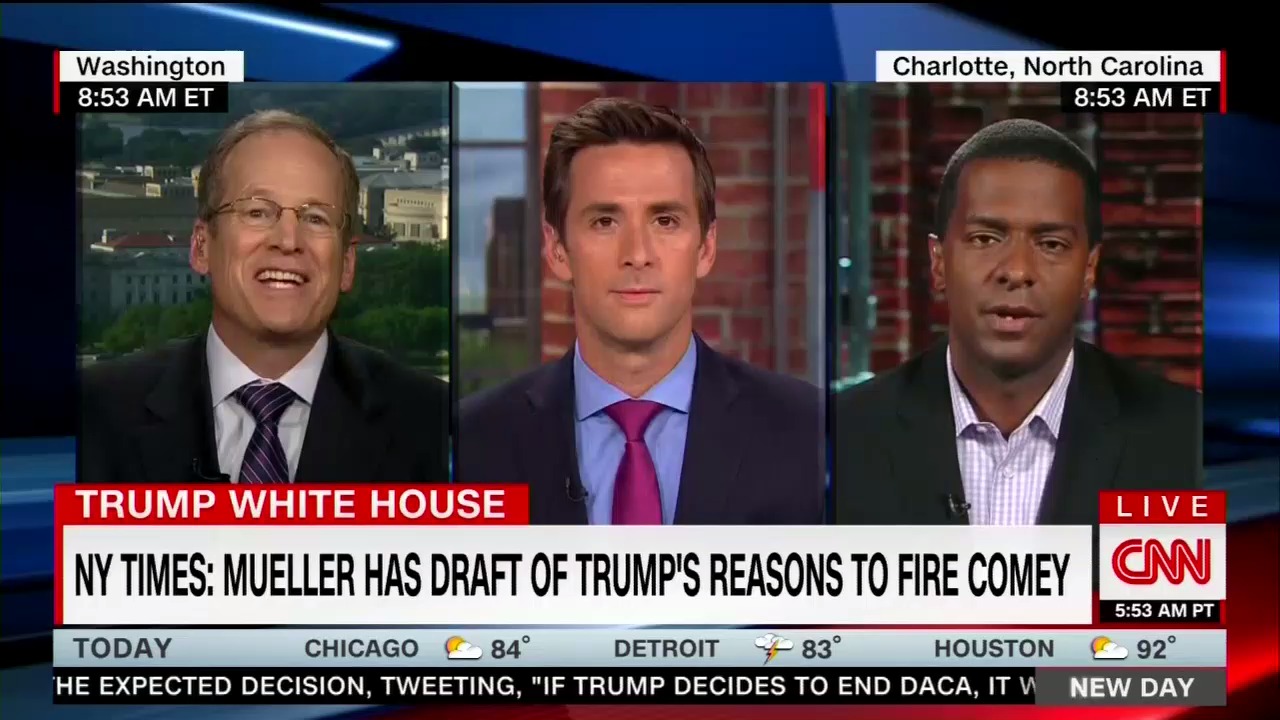 We do know this, Bakari -- we know that there was a letter that was not published from the President and Stephen Miller citing that they were firing James Comey because he would not publicly clear the President and say he was not under investigation. When I mention those three pieces of advice. Rule of law is one -- separation of powers is another. And John McCain took to the Washington Post to warn the President, to warn him directly that Senators do not work for him. Do you think he's following the advice laid out in this letter?

Sellers dismissed his fellow CNN analyst's talk of Obama scandals as he began:

Well, I think, regardless of what Jack Kingston says or, you know, the talking points that many times we hear on Fox News, you know, the President was eight years scandal-free -- he and his entire --

He and his entire -- he and his entire family. And so what we're seeing now is, if we go to the heart of this letter -- he laid out some very practical guidelines that would guide not just a Republican President, but a Democratic President as well, and everybody in between.