On Wednesday's New Day on CNN, viewers could see a contradictory message as CNN regulars repeatedly embellished the Sixth Congressional District of Georgia as being solidly Republican -- even though there were also a few times when CNN regulars conceded that Donald Trump only beat Hillary Clinton by about a point in the district.

But the CNN regulars still kept going back to painting the district as solidly Republican, using the tags "deep red," "rock solid," "Republican stronghold," "really conservative red," "really ruby red Republican," and "deeply Republican" to refer either to the Sixth District or the state of Georgia in general.

While it is true that the seat could be accurately described as "traditionally Republican" since there is a history of Republican presidential candidates performing well there through 2012, districts can change, and it is at least debatable whether the district should still be considered "deeply Republican." In the most recent election, the Republican presidential candidate only won by a 48.3 to 46.8 percent margin. And in Georgia overall, Trump failed to crack 51 percent, which hardly makes the state's electorate appear "deep red."

Additionally, it is not at all uncommon for incumbents holding a seat for many years to rack up solid wins even in otherwise competitive districts because they often end up running against weak challengers. In fact, there were reports that his most recent Democratic opponent -- Rodney Stooksbury -- did not run an active campaign and might not even have been a real person. So former Rep. Tom Price's most recent landslide win in the district does not necessarily indicate that the territory is still solidly Republican.

Below is a transcript of relevant portions of the Wednesday, April 19, New Day on CNN:

JOE JOHNS: If it was a referendum on the man in the Oval Office, Republicans side step what could have been a humiliating moment in a seemingly rock solid district in Georgia.

6:03 a.m. ET
DAVID GREGORY: This is a strong showing for a Democratic candidate in a really conservative red district.

GREGORY: And this is not solid Donald Trump territory, as was shown in the election. So it is a vulnerable area for Republicans. 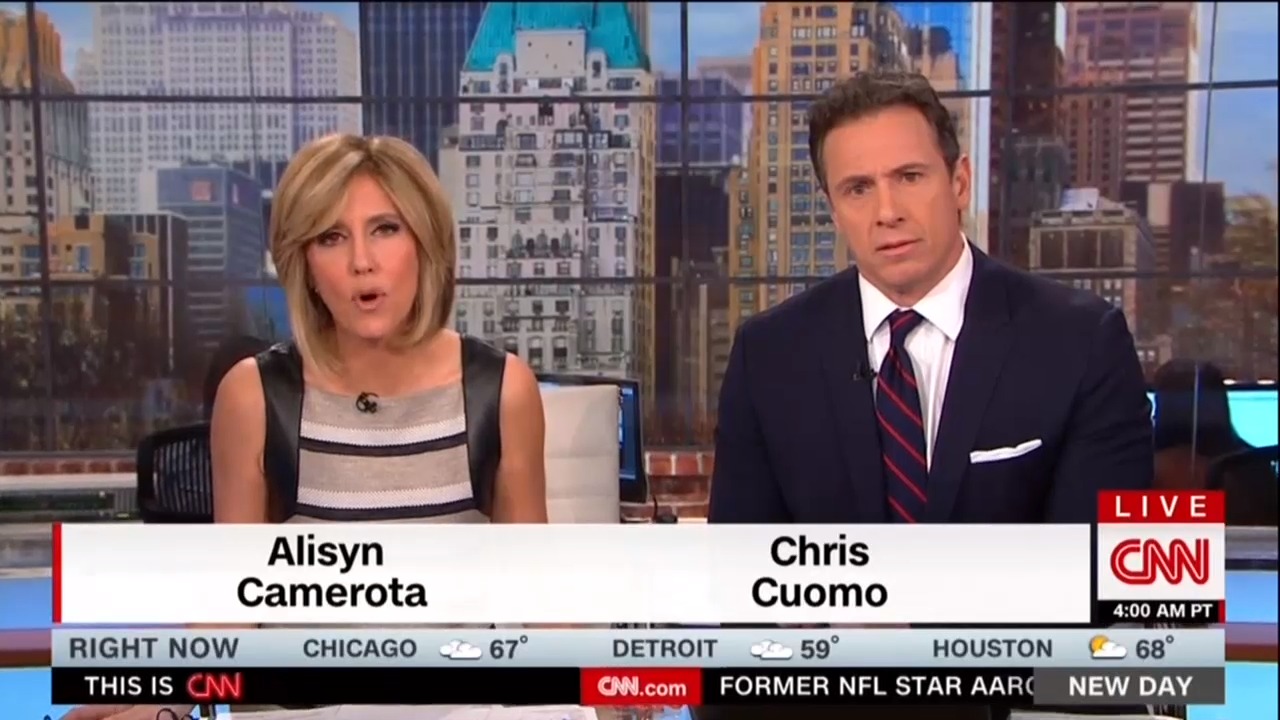 ALISYN CAMEROTA: This is not solid Trump territory, as David just said. He only won --

CUOMO: By a point and a half.

CAMEROTA: -- by less than two points. Yeah, a point and a half. So how can this be a referendum on Donald Trump, given that this is sort of a peculiar district?

7:00 a.m. ET
CAMEROTA: But we do begin this hour with a major story in politics -- a wakeup call for Republicans in a deep red state. Democrat Jon Ossoff coming within a couple of percentage points of an outright victory in last night's special election.

7:05 a.m. ET
GREGORY: This was a very strong showing for an upstart Democrat in a Republican -- a really ruby red Republican district in Georgia.

GREGORY: This is also a soft underbelly of the Republican party of the Trump coalition, right? This is a district that's not very strong for him. He relies more on working class whites, more college-educated, more upscale.

7:06 a.m. ET
CAMEROTA: A.B., just explain how this is a referendum on President Trump when this is a district President Trump only won by one point during the presidential election. So clearly it's not Trump town.

A.B. STODDARD, REALCLEARPOLITICS: Right. Mitt Romney and Tom Price did much better -- both by 20 points Tom Price in his most recent reelection in 2016 and Mitt Romney back in 2012 in this district.

7:59 a.m. ET
CUOMO: Republicans getting a wakeup call in deep red Georgia. This upstart Democrat, Jon Ossoff, he almost got 50 percent of the vote. He got 48 percent, so close to winning the House seat outright.

8:07 a.m. ET
DAVID SANGER, NEW YORK TIMES: What strikes me is that Tom Price won this district just back in November with just over 60 percent of the vote. So the fracturing tells you, you know, how much not only Mr. Trump is being reevaluated, but how much some of the agenda. I mean, Price basically stood for the health care agenda.

8:19 a.m. ET
CUOMO: The question is, why did they have any, Congressman? I mean, Tom Price, it was a walkover. He (Tom Price) won with like 62 percent of the vote just a few months ago. And now you've got a new Democrat getting almost 50 percent.