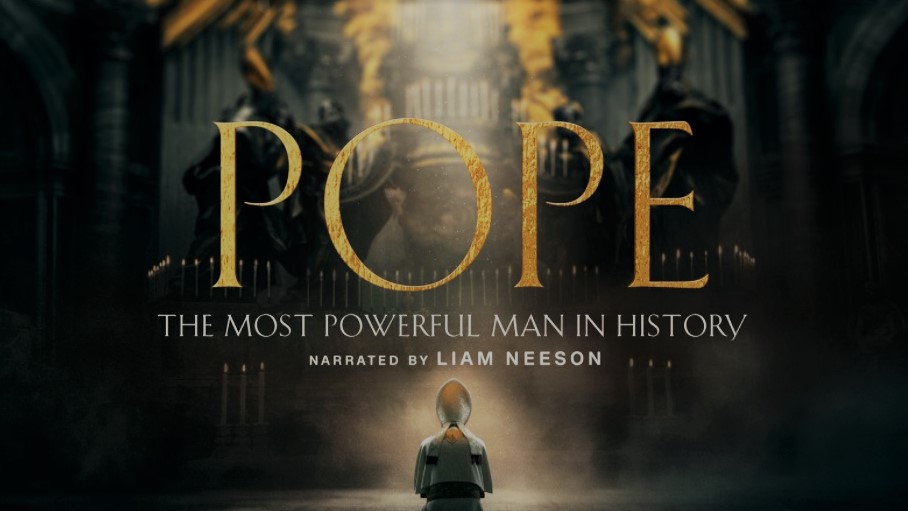 CNN's six-part series, "Pope: The Most Powerful Man in History," debuts on March 11. It promises to be a comprehensive account of the history of the papacy, covering such historical events as the origins of the Catholic Church, the legalization of Christianity under Constantine, the split between the Catholic and Orthodox churches, the Crusades, the Reformation, and a series of reform measures, such as Vatican II, that have been taken by various popes.

From the trailers posted online, the documentary will feature comments by such distinguished persons as Cardinal Donald Wuerl. But it also profiles strident enemies of the Catholic Church, such as Anthea Butler, a professor who has called God a "white racist." Surely if CNN were doing a series on gays it would not invite gay bashers to opine, even if the commentary aired in the show proved to be inoffensive.

Hopefully, this documentary will be more accurate than "What the Pope Knew"; it aired on CNN in 2010. It painted a bleak, and sometimes factually incorrect, account of how Pope Benedict XVI handled the sexual abuse scandal. It also failed to interview key persons whose experience with these matters contradicted claims made in the show. To read my analysis of that documentary, click here.

If there is one theme in this new series, it appears to be the incredible power of a "hierarchal" institution: the influence and reach of the Catholic Church is central to the documentary.

There is nothing inherently biased about such a perspective, but when seen through the lens of liberal-left producers and writers—CNN is not known for hiring practicing Catholics to do such shows—it can evince an ideological edge. Moreover, a fixation on power and hierarchy is a signature of left politics.

So for example, one of the segments is dedicated to "Unearthing the Secrets of the Vatican." The notion that the Catholic Church is riddled with "secrets"—all of which are inexplicably uncovered by industrious producers and writers—is right out of the playbook of its most fierce critics.

In its promotional material, CNN says the series "goes inside the Vatican to reveal the true power held by popes throughout the ages." (My italic.) An article posted on Beliefnet about the show mentions that viewers learn how Christians "created a hierarchy," one whose purpose was "to make sure that everyone was worshipping correctly." In this rendering, the Church is not so much interested in salvation as it is control.

This perspective fits in with comments made by Liam Neeson, the show's narrator. Calling himself "an amateur scholar," Neeson is excited about discussing how "the Catholic Church came to be a prevailing force through fair means and foul." Prevailing force for what? Good or evil?

CNN likes to hire Neeson to do commentary on Catholicism. In 2010, he narrated a two-hour special, "After Jesus—The First Christians." Three  years later he told CNN viewers how the Church evolved. "Armed with a hierarchy, a distinct set of beliefs and rituals, and canon of sacred texts, the Christian church not only had structure, but had power...." Hierarchy. Power. Those are the defining elements of Catholicism for this "amateur scholar."

Why does CNN like to hire Neeson? He says he was "raised" Catholic, and we all know what that means. Today he is more well known for his lobbying efforts against the Catholic Church: He wants abortion legalized in Ireland. A few years ago, while Muslims were raping and beheading Christians, he fell in love with Islam and almost converted.

On March 8, CNN posted an interview with Neeson about the new series and other matters. What would he like to ask Pope Francis? He answered, "When will Mary Magdalene be canonized and when can we have women priests?"

Neeson aside, it appears that CNN's obsession with power and hierarchy more accurately reflects what it has become, more than what the Catholic Church is.

In 2015, Business Insider concluded that the Vatican was worth about $3 billion. In 2014, Morgan Stanley estimated CNN's worth around $10 billion. And while the Catholic Church is a global institution, so is CNN. It has two dozen branded networks and services accessible to more than 2 billion people in more than 200 countries and territories. That's a lot of power and hierarchy.

Power and hierarchy—seems CNN just can't get enough of it.