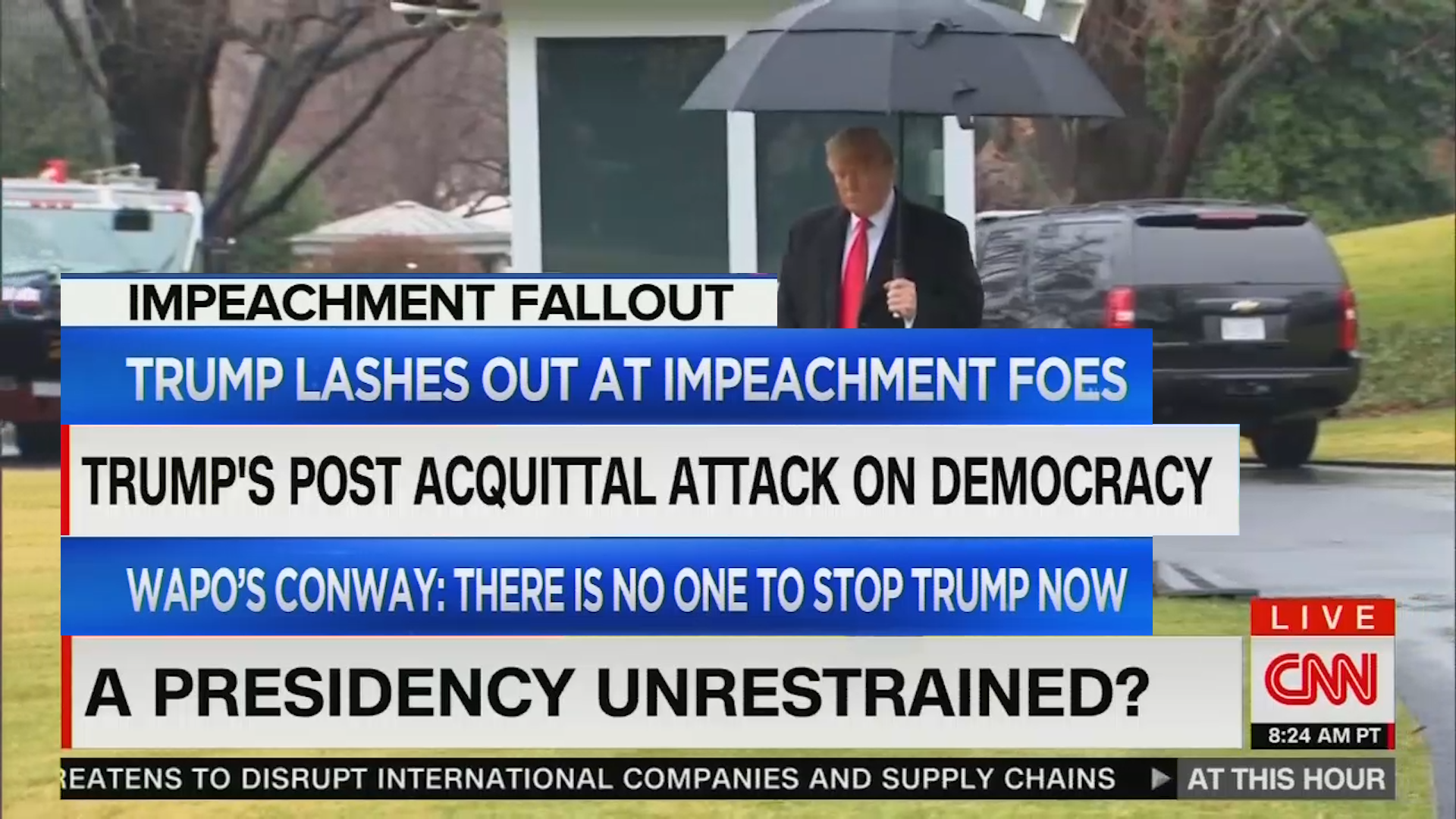 For more than four months, you couldn't watch TV news without hearing journalists talk about how impeaching Donald Trump was necessary for the health of the Republic. But since the liberal attempt to remove the President ended in failure, the same media talking heads are fretting about how Trump's acquittal has created an “emboldened” Chief Executive who threatens the rule of law “like never before.”

MRC analysts examined all cable and broadcast news coverage from the month of February, and found 239 instances in which TV journalists alleged President Trump was “emboldened.” MSNBC led the panic parade with 110 uses of the term, while CNN was close behind at 101. Fox News featured only five instances where the label was applied to Trump. The three major broadcast networks (NBC, CBS, and ABC) used the “emboldened” description 13, six, and four times, respectively.

Many of these claims about an “emboldened” Trump featured the kind of overblown language one might expect from an action movie trailer. Watch the video below to see just how far the media have taken their melodramatic narrative:

This study included  all coverage from 6am to midnight throughout the month of February on CNN, MSNBC, and Fox News. For the broadcast networks, all morning and evening news shows were included in the count, as well as special coverage.

Although the President was acquitted on February 5, the count included all of February, as the President’s acquittal was already all but inevitable by the beginning of the month. Excluding those first four days, TV journalists have described the President as “emboldened” a total of 208 times.

For all the media’s worries that acquittal has emboldened the President, it’s worth recalling that they were once among impeachment’s loudest advocates. But if they feel at all humbled by the way things have played out, they certainly aren’t acting as though they do.