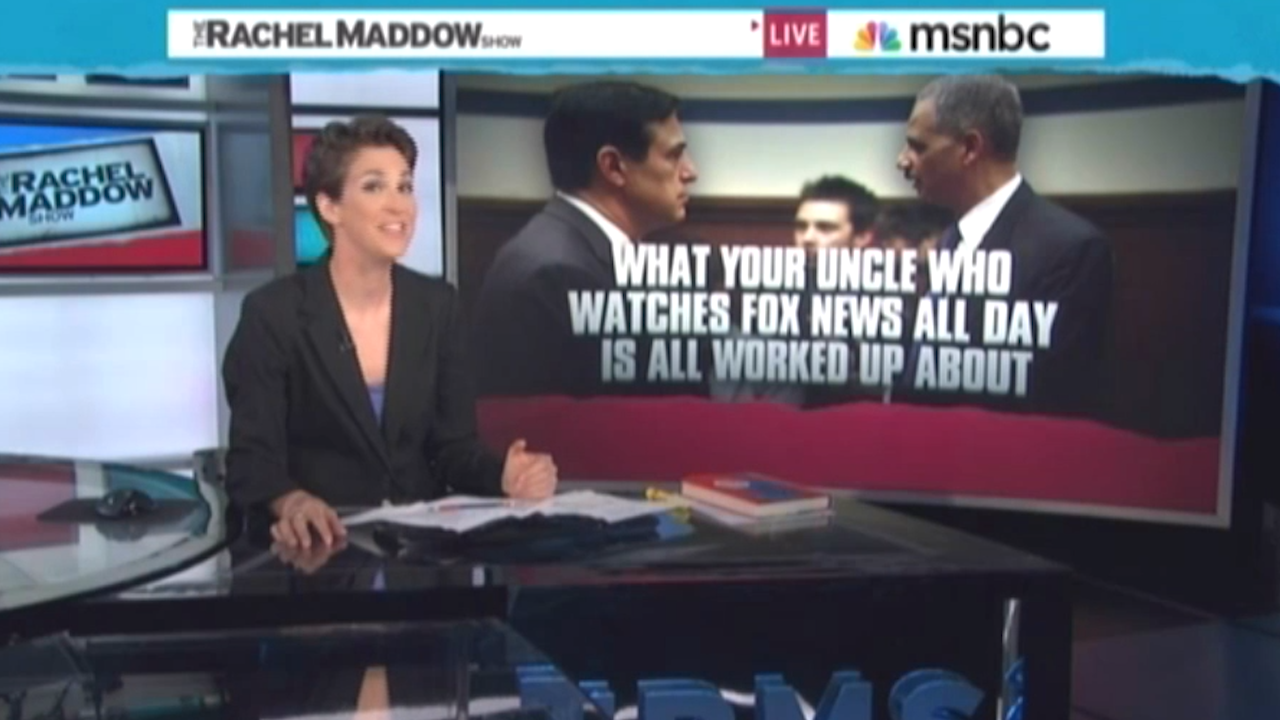 TV journalists are framing House Democrats’ threat to hold Attorney General William Barr in contempt of Congress as a justifiable measure to combat the Trump administration’s perceived stonewalling. But in 2012, when House Republicans held then-Attorney General Eric Holder in contempt for his refusal to comply with a lawful subpoena, many of the same talking heads dismissed the act as absurd “political theater.”

From the outset, liberal journalists accepted at face value that Barr deserved to be found in contempt, confining their discussions about the resolution only to whether it would be effective. For example, CNN’s Erin Burnett on May 1: “Chairman of the House Committee, Jerrold Nadler, is threatening to subpoena Barr, hold him in contempt. Is that enough?”

In a CNN.com piece published May 7, CNN White House reporter Stephen Collinson wryly argued that holding only Barr in contempt would be insufficient: “House Democrats might as well save everyone’s time and declare the entire administration in contempt of Congress. The White House has repeatedly shown nothing but disdain for the fundamental principle of U.S. democracy.”

But the same media in 2012 derided the contempt vote for Eric Holder as cynical political grandstanding, if not outright abuse of power. Watch the video below for the media’s reaction back then:

On June 19, 2012 (the evening before the House’s contempt vote for Holder), Matthews repeatedly compared the gesture to a demeaning (and perhaps racist) “stop-and-frisk”: “Is this sort of stop-and-frisk at the highest level? Go after the Attorney General, get him to empty his pockets, stand under the spotlight as long as they can and see if anything happens?”

The following day, CNN’s Brooke Baldwin grilled Republican Congressman John Mica on why such a vote was even necessary: “Why go ahead with a contempt vote? Why?” Baldwin later added: “For a lot of people, this is Republican versus Democrat, and they say, ‘This is just theater, it amounts to nothing.’”

MSNBC’s Chris Hayes dismissed the development as sheer politics, opening his June 23 show by remarking: “Given what we know about the Republican Party — and the way the House of Representatives conducts itself when run by Republicans and with a Democrat in the White House — it shouldn’t really count as news when a House committee finds the Democratic Attorney General in contempt of Congress.”

Predictably, politicians on both sides of the aisle have virtually traded scripts with their 2012 counterparts; those who worried in 2012 about Congressional overreach have instead begun complaining about Executive stonewalling, and vice versa. But as explicitly partisan political actors, such is their prerogative. What’s troubling is that for the past week, many journalists who purport to be objective arbiters have engaged in exactly the same partisan side-switching.