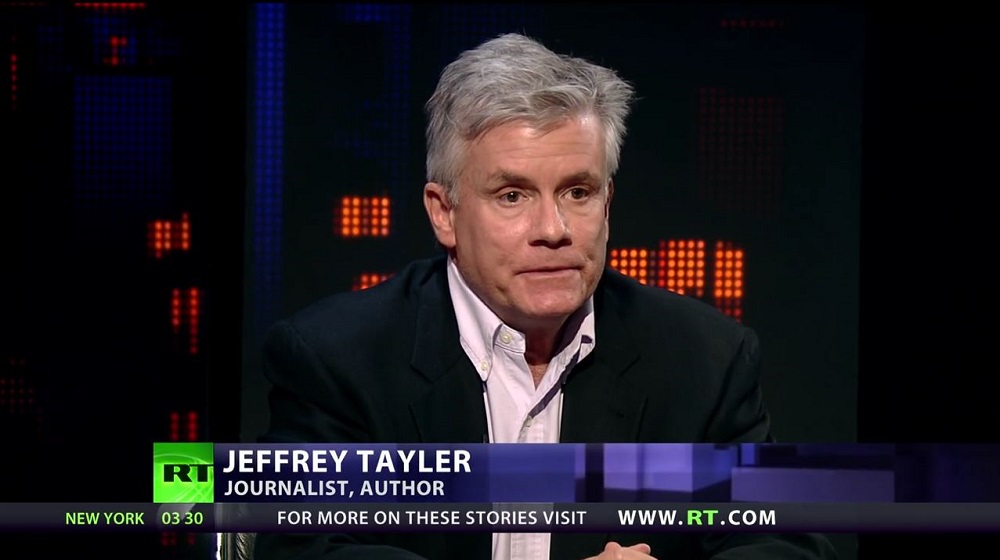 Jeffrey Tayler of The Atlantic treated religious belief as a mental illness in a Sunday column for the far-left website Salon, which targeted Supreme Court Justice Antonin Scalia for "imposing your obscurantist dogma on impressionable young minds" – specifically, "the bizarre Catholic cult." Tayler made no secret of his anti-Catholic bigotry when he slammed the supposed "pedophile pulpiteers of your creed [who] have...warp[ed] the minds of their credulous 'flocks' for two millennia."

The radical atheist writer led his item, "Antonin Scalia is unfit to serve: A justice who rejects science and the law for religion is of unsound mind," by bewailing how "faith-derangement syndrome has stricken the highest levels of the executive branch of government, afflicting President Obama and virtually all his potential successors. Now we have evidence that it has spread to the top organ of the judiciary, the Supreme Court." The column carried the following secondary headline: "The justice claims to be an originalist, but his real loyalty is to religion and a phony man in the sky."

Tayler then explained what he meant by "faith-derangement syndrome:"

...Sufferers of faith-derangement syndrome (FDS) exhibit the following symptoms: unshakable belief in the veracity of manifest absurdities detailed in ancient texts regarding the origins of the cosmos and life on earth; a determination to disseminate said absurdities in educational institutions and via the media; a propensity to enjoin and even enforce (at times using violence) obedience to regulations stipulated in said ancient texts, regardless of their suitability for contemporary circumstances; the conviction that an invisible, omnipresent, omniscient authority (commonly referred to as "God") directs the course of human and natural events, is vulnerable to propitiation and blandishments, and monitors individual human behavior, including thought processes, with an especially prurient interest in sexual activity.

The Atlantic editor, who lives in Russia, continued by outlining his "evidence" that Scalia suffers from "faith-derangement syndrome." Tayler also hinted that an unconstitutional religious test should be implemented to keep people like him out of public office:

...Scalia confronts us with a sui generis challenge of great urgency: how to go about declaring a magistrate appointed for life of unsound mind and thus unfit to serve? Scalia rejects the fact of evolution – the foundation of modern biology – in favor of the opening chapter of a compendium of cockamamie fables concocted by obscure humans in a particularly dark age, evidence that his faculty of reason has suffered the debilitating impairment associated with acute FDS. He therefore cannot be relied upon to adjudicate without prejudice and should be removed from the bench henceforth.

We have even more damning evidence of Justice Scalia's FDS-related impairment...A couple of years ago, Scalia nonplussed a contributing editor at New York magazine, Jennifer Senior, who made the understandable mistake of assuming that the Harvard-educated SCOTUS potentate lived in the real world, and not in a phantasmagorical realm of djinns and genies and junk cosmogony.

...[T]he interview took a comic, almost sinister turn. Senior asked Scalia about homosexuality. Though professing to be "not a hater of homosexuals at all," he said that he accepted "Catholic teaching that it's wrong." She pressed him to evaluate how such a position will look to people 50 years from now. He responded, "I have never been custodian of my legacy. When I'm dead and gone, I’ll either be sublimely happy or terribly unhappy."

"You believe in heaven and hell?"

"Oh, of course I do. Don't you believe in heaven and hell?"

No, Senior answered, she did not....Here Scalia's FDS recrudesced in full. He leaned toward her and whispered, surely with eyes ablaze, "I even believe in the Devil…he's a real person. Hey, c'mon, that's standard Catholic doctrine! Every Catholic believes that."

...One can only imagine the look of bug-eyed incredulity on poor Senior's face. Scalia certainly noticed it.

The Salon columnist added that Senior was "clearly a traveler in circles of folks far saner than six out of 10 Americans," and noted that she "observed the societal convention according to which we are to keep calm, nod and act normal when victims of FDS solemnly utter their characteristically rank inanities. She responded, 'I hope you weren't sensing contempt from me. It wasn't your belief that surprised me so much as how boldly you expressed it.' Scalia replied, 'I was offended by that. I really was.'"

Oh really, Justice Scalia?  You were offended? You had just committed an outrage against reason, voicing belief in Beelzebub, a comic-book bugaboo the pedophile pulpiteers of your creed have deployed to warp the minds of their credulous "flocks" for two millennia. You had just declared yourself a biblical literalist, and therefore an enemy of historical fact. Your position on the Beelzebub question in particular gives reason to dread how your court will rule if, as seems inevitable, a test case reaches your bench involving one of the many Religious Freedom Restoration Acts disgracing the legal codes of far too many states. You managed all this, and you are offended?

Justice Scalia, to call your worldview Neanderthalic would be an understatement. It would also probably be inaccurate, given that you surely hold that Neanderthals never existed. The Lord, you might say, just stashed those pesky fossils underground to test our faith....

Faith-addled intrusions into public life extend beyond denying the fact of evolution...Rick Santorum...admonished the pope for his forthright stance on climate change, but urged Catholics to concentrate on "what they are really good at, which is theology and morality."

Morality? Is Santorum making a sick joke? Pope Francis has continued the long-standing policy of his predecessors of sheltering child rapists, no matter what P.R. stunts he mounts purporting to show otherwise.  Curiously, the pope recently felt compelled to ask atheists to send him "good vibrations."  What we ought to do is send in the vice squad. Perhaps it would turn up more than the mere hundred thousand child porn videos and photographs the Vatican's own (oxymoronically named) promoter of justice reportedly discovered on the computer of accused child rapist and former Archbishop Josef Wesolowski. We might then send representatives to the United Nations demanding it strip the Vatican of the statehood granted it by Mussolini's fascist Italy in the 1929 Lateran Treaty. And we should certainly send out notice that the votaries of the bizarre Catholic cult are to stay well away from our children.

Most of us have heard Christians talk of "living their faith." I challenge them – and I’m addressing Justice Scalia, Santorum, et al. — to really do it. To all who profess to believe in the Genesis version of our species' origins, and disbelieve the fact of evolution: go right ahead, live your faith for real. Since the concept of evolution through natural selection forms the basis for modern biology (without which modern medicine would not exist), go ahead, renounce visits to all doctors who have graduated from accredited Western medical schools. Cease use of all medications developed post-1859, the year Darwin published his "On the Origin of Species." Divest from all pharmaceutical companies producing medication developed by researchers with biological backgrounds. Picket hospitals and clinics dispensing such medication or employing graduates of accredited medical and nursing schools. Withdraw your children, or dematriculate yourselves, from any educational institution teaching biology.

Tough out the rising rate of disease and death to come among your ranks! Your diminishing numbers will positively affect electoral results nationwide. True, we rationalists will have less to guffaw about, and fewer targets for satire and outright ridicule, but this is a price we are willing to pay.

Back to Scalia. Justice Scalia, until you've cured yourself of your FDS, please spare us your gaga musings about the history of humankind, desist from imposing your obscurantist dogma on impressionable young minds, and interpret the law in accordance with how the secularist Founding Fathers conceived it. You profess to be, after all, an originalist.