Univision/WashPost Democratic Debate: What To Watch For

Univision and the Washington Post are teaming up to host tonight's Democratic debate in Miami. What should viewers expect tonight? Here's a quick look. 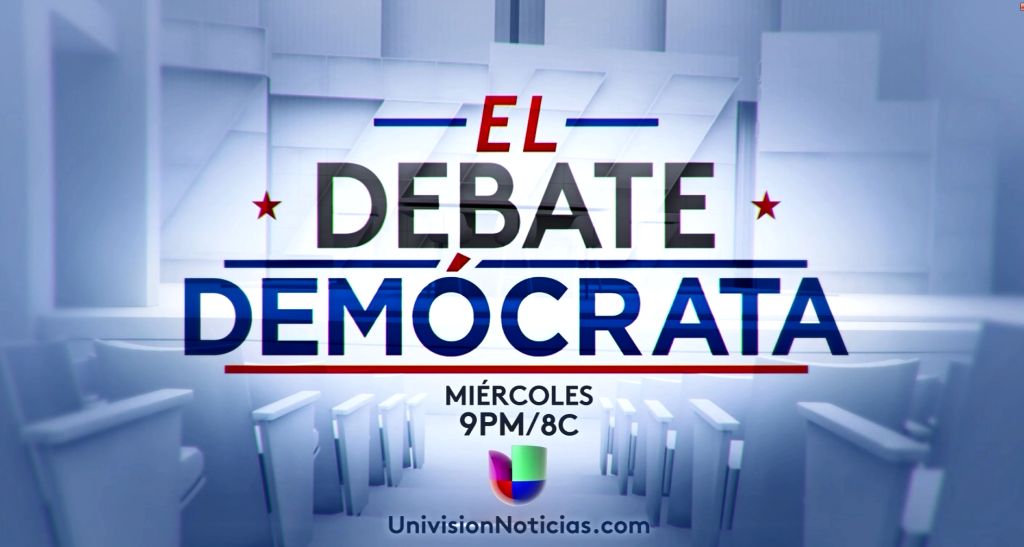 "Agenda Latina" in lieu of "Latino Issues".  When Telemundo's María Celeste Arrarás announced her role at the Republican debate in Houston, she couched her limited participation as one in which she would address "Latino Issues". This, of course, is journo code for immigration- which is usually the limited scope of questioning traditionally allowed to domestic Spanish-language journalists at debates (I'm fairly certain that Karen Tumulty's questions will not be scope-limited to "gringo issues", but I digress).

But what happens when the Spanish-language network is hosting the event? As dominant as immigration is, there have to be other questions, right?

Of course, there will - but they will be covered in a manner most conducive to garnering Hispanic support for left-wing policy priority items. Here's how Univision News President and Fusion CEO Isaac Lee elaborated that point:

“I think if you are an American journalist covering the Second World War, it’s not a problem for you to want the Nazis to lose. And I don’t think you need to be saying ‘Well, you know, the Allied Expeditionary Force Commander says this, and on the other hand the Fuhrer says that.’ I think it’s ok to understand that sometimes you have to be on the right side of the issues in history,” said Lee.

Conservative viewpoints on immigration, climate change, abortion, marriage, the role of government in the economy, law enforcement, etc. will be accorded Nazi treatment, and left-wing positions will be heroically framed.

María Elena Salinas' framing of her role in the debate is key to understanding how each of the questions will be presented to the candidates:

MARIA ELENA SALINAS, ANCHOR, UNIVISION: We have to make sure that the information that they are going to provide us, arrives directly to Hispanics, and up to a certain point be the ears and voice of Hispanics, to ask in the name of Hispanic voters.

Univision gets to hold an immigration auction in front of its traditional audience.

Readers of this byline are intimately familiar with Jorge Ramos' assertions regarding the need for a steady flow of Spanish-speaking immigrants - legal or otherwise - if Spanish-language media is going to survive.

Expect the moderators to negatively frame or condemn anything sounding remotely like an enforcement policy, to champion DACA/DAPA (and beyond), and to demand specific proposals from the candidates.

At the end of the night, whose proposals will come closest to those of former Maryland Governor Martin O'Malley? Also, compare time devoted to immigration as opposed to other issues of concern to Democratic voters.