The global coronavirus pandemic resulting in a near total shutdown of our nation has rightly garnered the most time at Univision and Telemundo’s nightly newscasts. Unfortunately, our most recent study finds that this was not the case when it mattered most- at the early outset of the outbreak. Instead, the nation’s domestic Spanish-language networks focused their attention on the impeachment trial of President Donald Trump, and on immigration- which reigned supreme until very recently.

MRC Latino tracked coverage on Univision and Telemundo, counting every story on Immigration, Impeachment, and Coronavirus for the months of January and February. The data shows that Coronavirus received scant coverage early on, due to both Impeachment and Immigration taking precedence during the end of January and the beginning of February. The impeachment trial of President Donald Trump concluded in February, at which point immigration returned to its customary primacy. 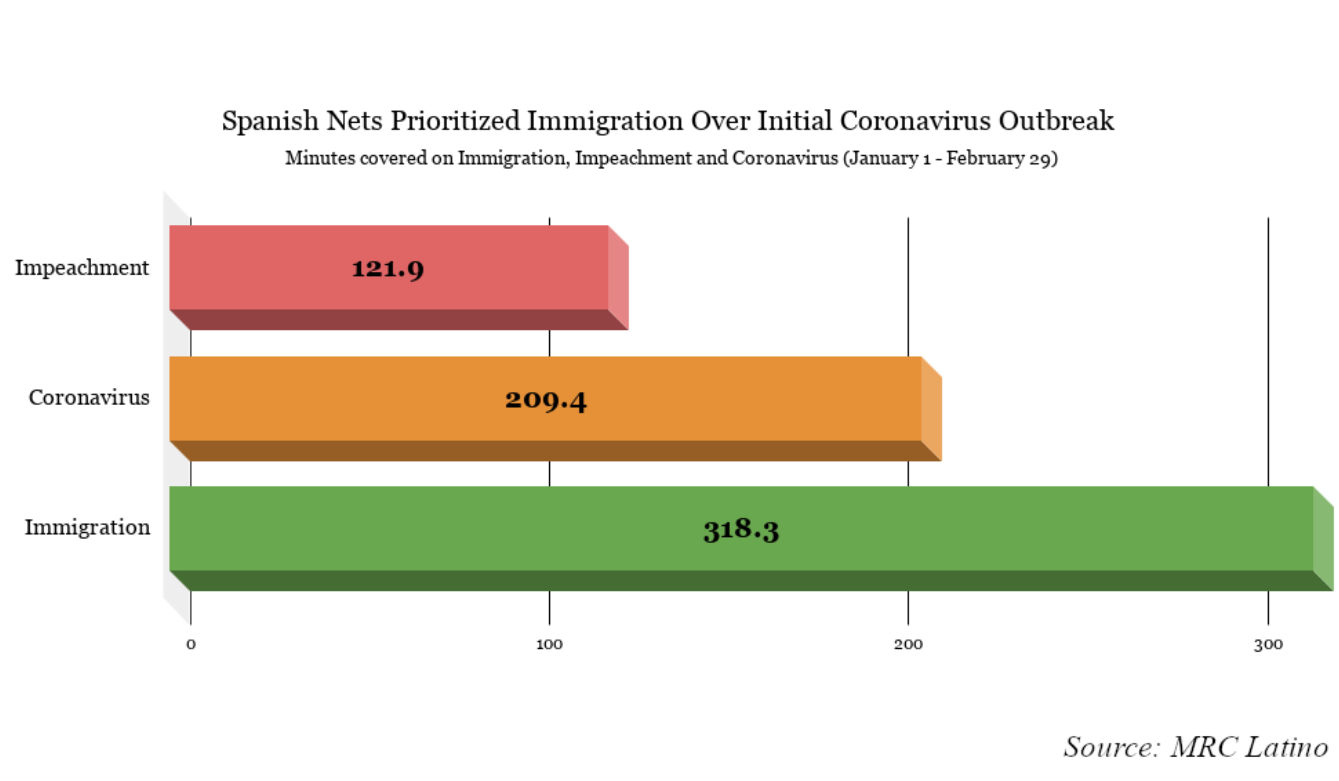 Immigration has been the most dominant news item for both Univision and Telemundo, as our most recent research on immigration shows. Both networks’ newscasts combined for a total of 194 minutes during the month of January, dominating impeachment and creating six whole days’ worth of content for the evening newscasts. It took a global pandemic to knock immigration off the top spot from our Spanish-language newscasts, and it wasn’t until February 26th that Coronavirus became the top story altogether.

If there were truly no agenda at the Spanish-language news outlets, then perhaps we would've seen earlier and more comprehensive coverage. Instead, viewers got a massive dose of shock, and coverage that now seems intent on sowing panic and despair within the Hispanic community. Even during a global health crisis, media bias is still a problem.

Many thanks to MRC Research Director Rich Noyes for his valuable contributions to this study.