Why Aren't the Media Going After Muslim Bakeries?

The liberal media’s witchhunt on Christian bakeries and florists after the passage of Indiana’s Religious Freedom Restoration Act ignored facts that should have been obvious: Christianity isn’t the only religion that considers homosexuality sinful.

Conservative comedian and former Fox News contributor Steven Crowder traveled to Dearborn, Mich. to do something the liberal news media would never dare. He asked Muslim bakery owners if they would bake a wedding cake for a gay couple.

Crowder noted that the media were “deliberately trying to set the narrative of mean, hateful Christians vs. poor, innocent gay people who are having their rights completely trampled.” Meanwhile, he said, gay people were being killed in “virtually every Muslim country” around the world.

In the two days following an interview with reporter Alyssa Marino at a local ABC station, the family-owned restaurant Memories Pizza had to close shop because of all the violent threats against the owner.

CNN reporter Gary Tuchman sought out Christian florists who wouldn’t provide flowers for a gay ceremony. Tuchman even approached a Christian florist and started hounding her about her beliefs on April 1’s Anderson Cooper 360. 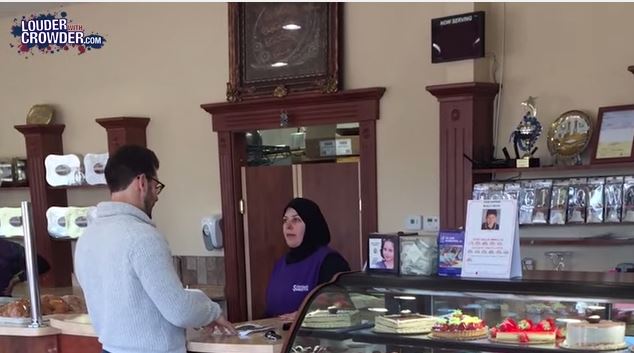 "The Bible talks an awful lot about love and loving your fellow man....You're not loving them if you don't want to serve them – right?" Tuchman asked.

And later he pressed, "If someone didn't honor their parents or committed adultery, would you serve them?"

It was hard to know which was worse, Tuchman’s condescension or the screen’s chyron which read, “Claiming Freedom, Shunning Gay People.”

The kind of intolerance and bigotry shown by the left was reminiscent of the attacks on California business owners and donors because of Prop 8 support a few years ago. Businesses were vandalized and had to close because of threats they received.

Several Christian businesses have faced lawsuits, thousands of dollars in fines, or had to close their businesses down, due to their conscientious objections to provide their services for gay weddings. Indiana’s law was enacted to protect such business owners.

Like the Southern Poverty Law Center’s hate map, which inspired real left-wing violence against a conservative organization, the left’s attempt to portray Christians as bigots has allowed for more anti-Christian violence.