Tuesday was Veteran’s Day, and what better way for liberal D.C. to celebrate and honor veterans, then by bringing in a slew of uber-liberal celebrities to co-opt the family-friendly holiday in a concert filled with anti-war and profanity-ridden songs? 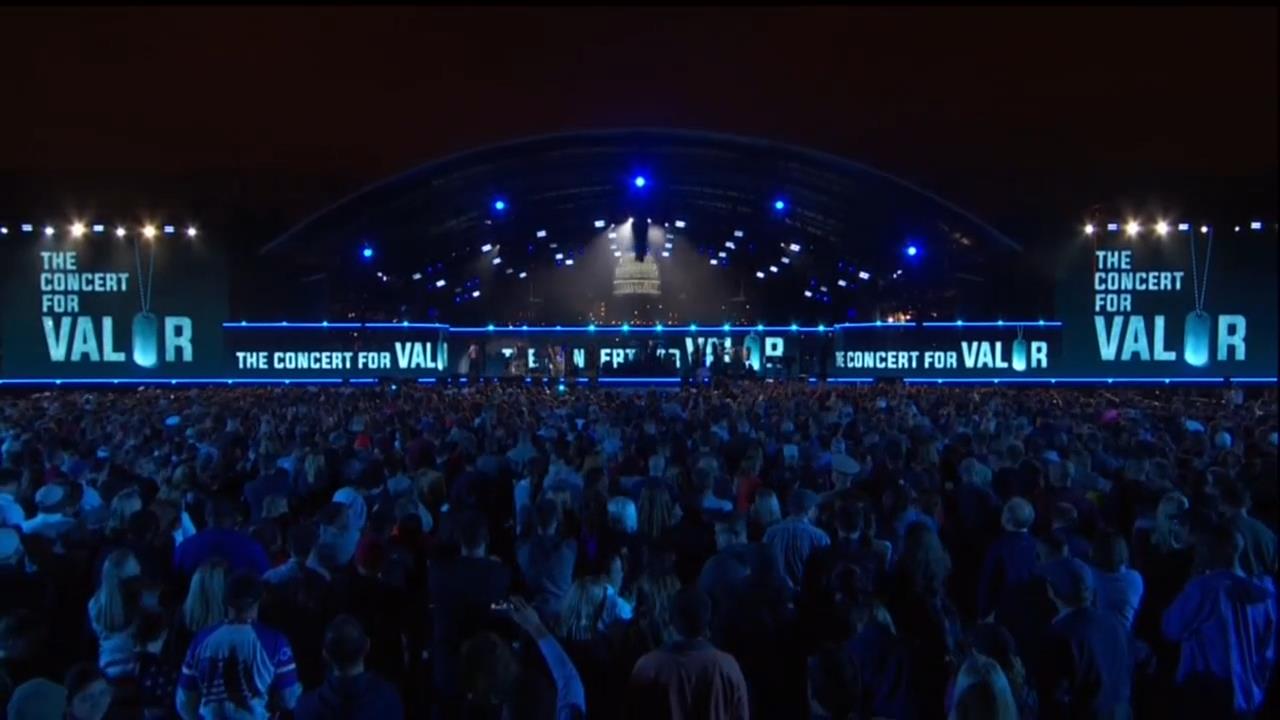 Bruce Springsteen played Creedence Clearwater Revival’s “Fortunate Son” with the Zac Brown Band and a particularly morose version of his “Born in the U.S.A.” The message: Veterans are victims of cynical politicians who care nothing for them when war is done.

Ethan Epstein at The Weekly Standard called Springsteen’s Fortunate Son “an anti-war screed taking shots at ‘the red white and blue” a “terrible choice.” Epstein noted that Fortunate Son in particular was especially awful, given that the concert was supposed to be honoring soldiers who volunteered to serve in Afghanistan and Iraq, but the song was anti-draft.

While conservative media and Twitter criticized the music selection, the liberal media didn’t seem to be upset at all.

Raw Story’s Amanda Marcotte explained to veterans unhappy with the songs that they’re just in denial.

“Look, I’m fully aware that a lot of veterans are reasonably uncomfortable accepting that they sacrificed so much for a pointless war that was more about ego-stroking George Bush than it was anything else, and so they, too, defend these wars. It’s human nature to rationalize your experiences and no one wants to feel their suffering was wasted. But that’s what the beauty of art and music is, that it can sometimes break down those defenses and help people engage, on a deeper level, with their experiences. With “Fortunate Son”, it’s simply incorrect to call it an anti-war song. It’s simply making the point that if you think war is so great, then you first, assholes.”

And really, who would fail to be persuaded by Marcotte’s charming mix of condescension and class?

Washington Post blogger Justin Moyer was on board as well. Though his headline read, “Bruce Springsteen’s anti-war songs at ‘Concert for Valor’ didn’t go over too well,” Moyer ended his piece by adopting the liberal rationale: It’s patriotic to criticize the armed forces and American wars while honoring veterans who were unlucky enough to serve in said wars. He wrapped up his piece with this smug explanation:

“So, starting right now, let’s agree: Songs like “Fortunate Son” and “Born in the U.S.A.,” while they criticize the armed forces, aren’t anti-American in the sense that, for example, the Islamic State is anti-American. By offering a critique of our nation’s policies, they celebrate its promise.

Springsteen’s songs weren’t the only display of liberals co-opting the holiday to push their political message. DC Mayor Vincent Gray made an awkward plug for DC statehood; Code Pink attempted to raid the concert with “Make Out Not War” shirts and other anti-war propaganda; and liberal celebrities embarrassed families in the audience and those watching at home with heavy-handed profanity.