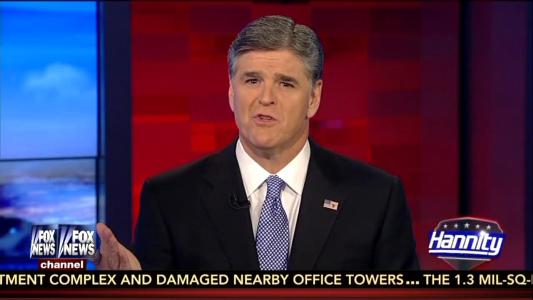 Sean Hannity, on Wednesday, pointed out the double-standard the liberal media has when it comes to condemnation of CIA interrogation techniques versus Barack Obama’s drone strikes.

After playing a montage of NBC Nightly News anchor Brian Williams and CBS Evening News anchor Scott Pelley preaching to former CIA directors about interrogation he then went after CNN’s Anderson Cooper, who actually compared what the CIA did to the Nazis and the Khmer Rouge.

The following is a transcript of the relevant portion of the segment as it was aired on the December 10 edition of FNC’s Hannity:

SEAN HANNITY: Now meanwhile the mainstream media’s liberal bias was on full display last night. Now take a look at NBC’s Brian Williams and CBS’s Scott Pelley and how they decided to frame their questions about the CIA’s interrogation techniques. Take a look. 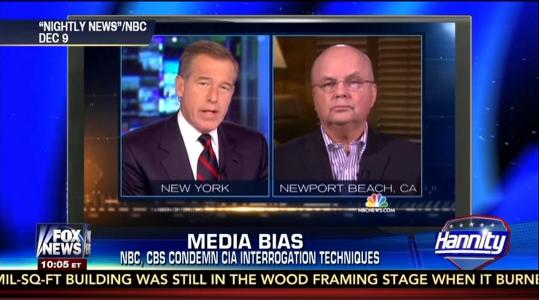 BRIAN WILLIAMS: What if you, God forbid members of your family, had to undergo some of the treatments we are reading about in this report? Can you personalize it in that way?

FORMER CIA DIRECTOR MICHAEL HAYDEN: I actually think, Brian, that my concern or my outrage, if that were ever done to any of my family members would be somewhat muted if my family members had just killed 3,000 of my citizens.
...

SCOTT PELLEY: We just heard John McCain describe this as shameful. Are you ashamed?

FORMER ACTING CIA DIRECTOR MIKE MORRELL: No, I’m not, Scott. This boils down to me to a question of morality.

HANNITY: Alright here with reaction is War Stories host Lt. Colonel Oliver North. Let me add to this media narrative because last night you have Mr. CNN Anderson Cooper, you know, making analogies to - Nazi analogies and Khmer Rouge. Listen to this.

ANDERSON COOPER: It is shocking. I mean, Jeff, just very quickly, when you read this if you envision Nazis doing this, and I even hate to say this, if you envision the Khmer Rouge doing this - it all - you can imagine it. It’s not that far removed from stuff they were doing.

HANNITY: Wait a minute! Is Mr. CNN is he gonna make or envision Nazi, Khmer Rouge analogies about the President’s drone strikes that have killed innocent men and women and children? Is he gonna make the same comparison here?