Spotify seems to have targeted Joe Rogan as it still hasn't clarified its overall policy on racial slurs.

The platform continues to host a ton of content chock full of the racial slur, including one Lil’ Jon song that belts the N-word a whopping 152 times. This is after 70 episodes of the well-known Joe Rogan Experience podcast were removed from Spotify over the weekend, reportedly because of the host’s past use of slurs. 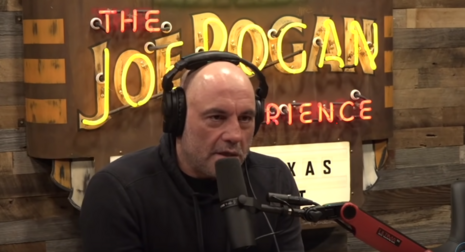 The deletion of content associated with Rogan comes as the comedian and former Fear Factor host has faced a blitz of leftist political claims that he spreads COVID-19 misinformation. At the same time, several well-known figures have tried to have his podcast removed from Spotify, with which Rogan has an exclusive contract.

As Rogan fights his battle against Spotify, the platform hosts several musical works that contain grossly obscene material, including the N-word, and it’s shown no signs of changing its policy.

Four of the top seven pieces of content on that chart include several repetitions of the N-word:

Spotify didn’t respond to a Media Research Center request for response on whether the platform plans to remove any of the above songs/purge all content containing the N-word, or whether its policy on removing racially insensitive content applies only to Rogan.

Spotify CEO Daniel Ek reportedly noted in a memo to his staff over the weekend that while he “strongly condemns” Rogan’s words, he doesn’t believe “silencing Joe is the answer,” according to The Verge. “‘Looking at the issue more broadly, it’s critical thinking and open debate that powers real and necessary progress.’”

Spotify in January ditched rocker Neil Young’s entire music catalog after he demanded the platform choose between his music or Rogan’s podcast. The platform booted Joni Mitchell’s music at the singer’s request shortly thereafter. On Monday, rhythm and blues artist India Arie became the latest musician to ask for Spotify to nix her work from the streaming service, after posting online a montage of various uses by Rogan of the N-word over the length of his decade-long podcast.

Though it hasn’t canceled Rogan’s podcast, Spotify has hedged when it comes to handling alternative viewpoints on COVID-19, recently announcing that it will add disclaimers on Rogan’s podcasts.

Daily Wire commentator Matt Walsh tweeted about the hypocrisy of Spotify’s decision to leave N-word-laden music on its platform while heaping scrutiny on Rogan’s old podcasts.

“[Listens to rap song where n-word is shouted 45 times in three minutes] ‘Wow this is great stuff’ [Hears 9 year old clip of podcaster saying the n-word while quoting someone else] ‘My God! That word! Not that word! It is causing me so much pain!’” Walsh posted.

Conservatives are under attack. If you have been censored, contact us using CensorTrack’s contact form, and help us hold Big Tech accountable.