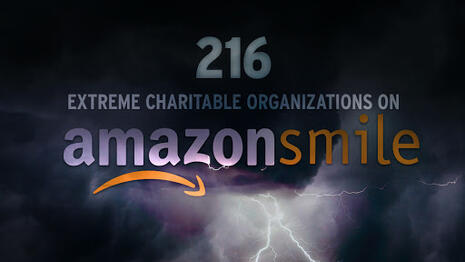 From Planned Parenthood to Satanism, AmazonSmile encourages shoppers to donate to some extreme charities — at least 216 different groups. But multiple prominent conservative groups aren’t even allowed to participate.

Amazon, which is on track to be America’s largest retailer next year, launched its charity program AmazonSmile in 2013. The company has banned multiple conservative organizations since then, because it relies on the anti-conservative Southern Poverty Law Center (SPLC) to decide what groups qualify for  the program.

WORLD News Group reported in 2020 that “Liberty Counsel, Family Research Council (FRC) and the American College of Pediatricians” are not allowed on Amazon Smile. Alliance Defending Freedom was reportedly removed from the site as well. Meanwhile, Planned Parenthood, Black Lives Matter, and The Satanic Temple are all free to collect donations from the program.

The AmazonSmile program is fairly simple. “Shop at smile.amazon.com and we’ll donate 0.5% of eligible purchases to your favorite charitable organization—no fees, no extra cost,” the website explained. However, Amazon will not let just any charity into the program. “Organizations that engage in, support, encourage, or promote intolerance, hate, terrorism, violence, money laundering, or other illegal activities are not eligible to participate. Amazon relies on the US Office of Foreign Assets Control and the Southern Poverty Law Center to determine which registered charities fall into these groups,” AmazonSmile’s about page said.

The SPLC, which is one of the organizations you can donate to on AmazonSmile, is a left-wing organization with an apparent vendetta against conservative organizations, like the FRC. The SPLC labels groups it opposes as “hate groups” under the “Hatewatch” section of its website. Its “hate” labeling of the FRC had violent consequences — a politically motivated shooter confessed to choosing his targets according to SPLC’s “hate map” in an act of terrorism against FRC’s headquarters in Washington, D.C. in 2012.

The gunman, Floyd Lee Corkins II, “intended to kill everyone in the building,” but was tackled to the ground by an unarmed security guard, stated in an open letter written by FRC and signed by MRC President L. Brent Bozell. Corkins “told FBI agents that he identified the Family Research Council as anti-gay on the Web site of the Southern Poverty Law Center,” according to The Washington Post.

Former SPLC president Richard Cohen defended the designation of conservative groups like FRC, the Federation for American Immigration Reform (FAIR) or ADF as “hate groups” in an interview with The Washington Post in 2018. Not only did Cohen defend the decision to lump these groups in with actual hate groups like the Ku Klux Klan, he went on to say:

Amazon shoppers can donate to no less than four different satanic and witchcraft organizations. Apparently, devil worship is fine, according to Amazon. Shoppers can donate to The Satanic Temple, the Temple of Witchcraft, Lilith Grotto of the Church of Satan and the Satanic Ministry. The Satanic Temple, specifically, mentioned an “abortion ritual” on its website. The ritual: “involves the recitation of two of our tenets and a personal affirmation that is ceremoniously intertwined with the abortion.” The Satanic Temple also “asserts its religious right to treat human tissue as medical waste.” But apparently, defending a biblical view of marriage or the right to life for unborn babies, it appears, is not OK.

Planned Parenthood Federation of America and 64 of Its Affiliates

If a shopper does not want to donate to Planned Parenthood specifically, AmazonSmile has at least an additional 14 pro-abortion charities to choose from. The charites include the National Abortion Federation, National Abortion Rights Action League (NARAL) Pro-Choice Texas Foundation, and the Women’s Reproductive Rights Assistance Project (WRRAP). AmazonSmile’s description of WRRAP stated that the organization’s mission is to ensure “women* of all ages, genders, ethnicities and cultural backgrounds have access to safe, legal abortion care and emergency contraception.” The description went on to state that WRRAP’s definition of “women” included “transgender, genderqueer and non-binary people who are woman-identified.” The definition may leave shoppers wondering why a biological man would need an abortion, or birth control for that matter.

AmazonSmile also allows users to donate to at least three different socialist organizations. The  Democratic Socialists of America Fund, which Rep. Alexandria Occasio-Cortez (D-NY) is a member, Black Socialists of America, and Union for Radical Political Economics (URPE). URPE described its mission as: “Continuing Left Critique Of The Capitalist System And All Forms Of Exploitation And Oppression While Helping To Construct A Progressive Social Policy And Create Socialist Alternatives.” According to AmazonSmile, a group can advocate for the destruction of the capitalist system, but not for a biblical view of marriage.

AmazonSmile similarly allows users to contribute to The Church of Scientology. Forbes Magazine, and even the German government, have referred to Scientology as a “cult.” Vox pointed out that “Former members have recounted abuse — mental, physical, and sexual — at the hands of senior members of the church.” AmazonSmile, however, appears unphased by these allegations. Users can donate to at least 47 churches associated with Scientology, as well as an additional 47 Church of Scientology missions. AmazonSmile also included a list of no fewer than 13 Narconon groups, an anti-drug organization directly affiliated with Scientology. The group’s methods have been criticized by unnamed experts as having “no scientific basis,” reported The Guardian. Narconon has also “prompted criticism that it is a front used to convert people to the religion, which some former devotees have labelled a cult.”

Shoppers can also take their pick of at least 21 different Black Lives Matter groups to give donations. The openly Marxist organization perpetuates the idea that America is a systematically racist country. Again, pro-life and pro-family organizations like the Family Research Council and Alliance Defending Freedom were booted from AmazonSmile. However, openly Marxist groups can receive donations from the program.

In addition to organizations that kill hundreds of thousands of babies every year, AmazonSmile shoppers can also donate to an organization that has killed thousands of animals, all while pretending to be vegan. People for the Ethical Treatment of Animals (PETA) published an article telling Animal Crossing: New Horizons players not to fish or catch bugs in the game because it “isn’t vegan.” Meanwhile, Newsweek reported that “In 2019, of 2,421 dogs and cats received at PETA's Norfolk shelter, 1,578 were euthanized, according to the most recent report from the Virginia Department of Agriculture and Consumer Services (VDACS).”

Conservatives are under attack. Contact Amazon at this link and demand that the platform provide equal footing for conservatives: Companies need to make equal room for conservative groups as advisers to offset the bias. That same attitude should be applied to employment diversity efforts. Tech companies need to embrace viewpoint diversity. If you have been censored, contact us at the Media Research Center contact form, and help us hold Big Tech accountable.