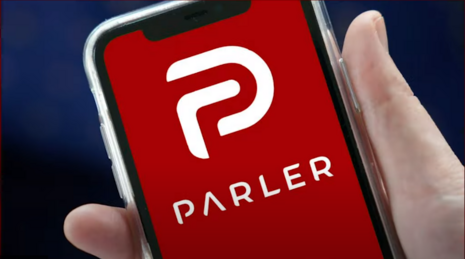 Despite Big Tech’s efforts to silence conservatives on Parler, one state’s Attorney General will not stand for it.

Paxton has “issued civil investigative demands (CIDs) to Google, Facebook, Twitter, Amazon Web Services, and Apple, asking the companies for their policies and practices regarding content moderation and, more specifically, for information related to Parler, a social media application recently terminated or blocked by Google, Amazon, and Apple,” according to a Jan. 13 press release.

“For years, these Big Tech companies have silenced voices in the social media sphere and shut down competing companies and platforms. It has only grown worse in recent months. And just last week, this discriminatory action included the unprecedented step of removing and blocking President Donald Trump from online media platforms,” said the release.

Paxton’s investigation followed the recent purge of Parler from Apple and Google’s app stores, Amazon went so far as to remove the website from its web hosting servers.

“First Amendment rights and transparency must be maintained for a free online community to operate and thrive. However, the seemingly coordinated de-platforming of the President of the United States and several leading voices not only chills free speech, it wholly silences those whose speech and political beliefs do not align with leaders of Big Tech companies,” said Paxton in a statement.

“Every American should be concerned about this large-scale silencing and the effects it will have on the future of free speech. The public deserves the truth about how these companies moderate and possibly eliminate speech they disagree with,” he continued.

“I am hopeful that these companies will set aside partisan politics and cooperate with these CIDs in order to get to the bottom of this contention and ensure a truly free online community consistent with the highest American ideals,” Paxton concluded.

Parler, too, will not go quietly into the night. The platform has brought a lawsuit against Amazon, alleging that the company “violat[ed] Section 1 of the Sherman Antitrust Act” and “breaching [its] contract with Parler.”