UPDATE: MRC Free Speech America reached out to U.S. Immigration and Customs Enforcement for more detailed information on Gerson Fuentes regarding his status. An ICE spokesperson gave MRC the following statement: “On July 13, officers with U.S. Immigration and Customs Enforcement’s Enforcement and Removal Operations lodged an immigration detainer on Gerson Fuentes following his arrest by the Columbus, Ohio Police Department for felony rape charges. Fuentes is currently in the custody of local officials at the Franklin County Jail. Fuentes has no previous immigration history."

Twitter’s suppression of key facts of a viral, reported rape incident in Ohio completely upends the platform’s claims that it protects against “misinformation.” 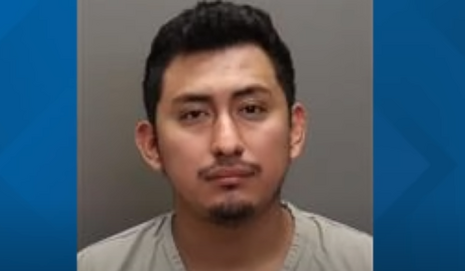 U.S. Immigration and Customs Enforcement (ICE) reportedly confirmed to Fox News Digital July 13 that a person who allegedly raped a 10-year-old girl in Ohio, Gerson Fuentes, was a “Guatemalan illegal immigrant.” The girl reportedly later sought an abortion in another state.

But in Twitter’s “trending” page item on the story, the platform instead characterized Fuentes simply as a “Columbus man” charged for “allegedly impregnating a 10-year old girl,” leaving the “illegal immigrant” part out entirely.

The Twitter trend highlighted a July 14 Reuters article, which also happened to label Fuentes merely as an “Ohio man” and omitted that he was reportedly in the country illegally. Twitter self-professes that it tackles “misinformation” in part by “empower[ing] customers with credible context on important issues.” What a joke. [Emphasis added.]

Twitter omitted the critical context in an apparent act of opposition to Ohio’s six-week abortion ban, which was triggered after the Supreme Court overturned the infamous 1973 Roe v. Wade decision.

Twitter did not respond to MRC Free Speech America’s request for comment on omission of the “illegal immigrant” detail. 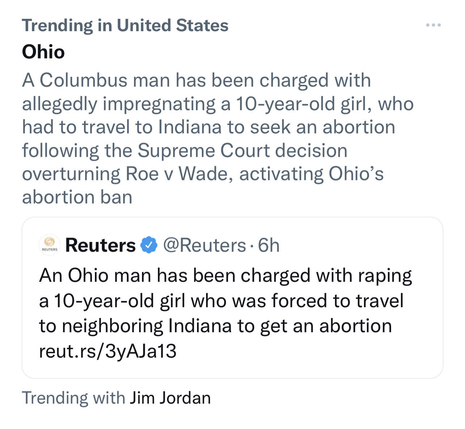 Donald Trump Jr. slammed Twitter for the overtly biased omission of key facts to the story: “Hmmm, can't put my finger on it, but there seems to be something missing from Twitter's description of what happened here…”

It’s clear that if the narrative doesn’t perfectly fit the talking points of fringe leftists, Twitter is just fine leaving key facts out.

Fox News reported the facts surrounding Fuentes’s status in the U.S.  and how President Joe Biden has  hamstrung ICE enforcement against illegal immigrants, making Twitter’s omission all the more egregious.

Hmmm, can't put my finger on it, but there seems to be something missing from Twitter's description of what happened here...🧐🤔 pic.twitter.com/pMSyCv6cqb