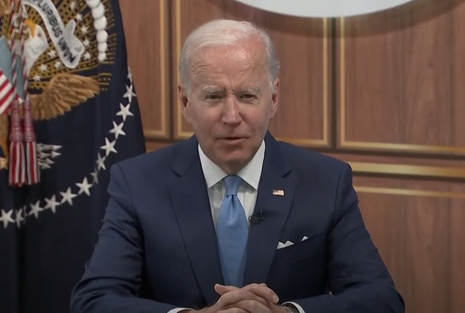 The New York Times appeared to be tickled pink over liberal-run states shoehorning President Joe Biden’s Disinformation Governance Board idea into their own election governance processes.

The Times technology and regulation reporter Cecilia Kang celebrated Connecticut for a reported recent state effort to hire an election “misinformation” expert with a $150,000 salary. Kang’s story painted the idea of Connecticut’s so-called state “misinformation” officer like he or she would be a dogged crime-fighter.

The story had a fawning headline: “Help Wanted: State Misinformation Sheriff.” Kang whined how the state faced “a bevy of falsehoods about voting that swirled around online.”

To avoid a so-called “similar deluge of unfounded rumors and lies around this year’s midterm elections, the state plans to spend nearly $2 million on marketing to share factual information about voting, and to create its first-ever position for an expert in combating misinformation.” 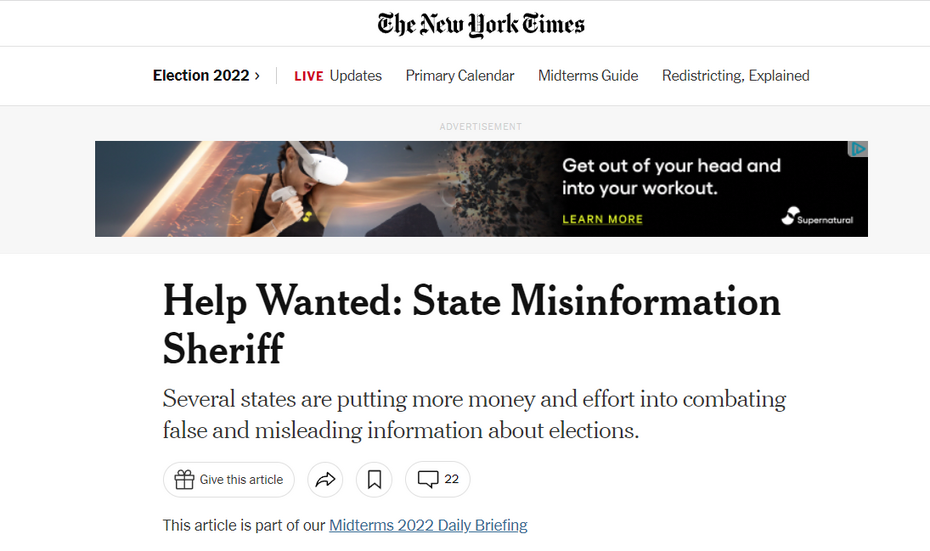 Connecticut’s new “sheriff” of so-called misinformation would be charged with policing social media platforms and pushing censorship whenever the official deems it necessary, according to Kang:

[T]he person is expected to comb fringe sites like 4chan, far-right social networks like Gettr and Rumble, and mainstream social media sites to root out early misinformation narratives about voting before they go viral, and then urge the companies to remove or flag the posts that contain false information.

If that wasn’t bad enough, Connecticut is reportedly looking for candidates fluent in English and Spanish “to address the spread of misinformation in both languages.”

Kang even praised how other states were also adopting Orwellian so-called disinformation apparatuses. But the kicker, which Kang chose to bury in the sixth paragraph, was that most of the states engaging in this scheme were “under Democratic control.”

Colorado, for example, “hired three cybersecurity experts to monitor sites for misinformation.” In addition, “California’s office of the secretary of state is searching for misinformation and working with the Department of Homeland Security and academics to look for patterns of misinformation across the internet.”

Kang even drew parallels between Connecticut’s gambit and Biden’s “unconstitutional” DGB, which generated massive criticism across the political spectrum for resembling a “Ministry of Truth” from George Orwell's 1984. Kang mourned the DGB’s apparent demise:

On the federal level, the Department of Homeland Security recently paused the work of an advisory board on disinformation after a barrage of criticism from conservative lawmakers and free speech advocates that the group could suppress speech.

MRC Business exposed how one of the Biden DGB’s co-chairs had three major connections to none other than leftist billionaire George Soros. The DGB was also originally led by the self-proclaimed “Mary Poppins of disinformation” Nina Jankowicz. Jankowicz spread false Trump-Russia collusion talking points, ranging from the debunked Alfa Bank narrative from 2016 to the debunked Steele Dossier. She even tried to dismiss the now verified New York Post Hunter Biden laptop story as a “Russian influence op.”