The Associated Press desperately tried to defend the self-proclaimed “Mary Poppins of disinformation” from her own words and ended up undercutting itself in the process. 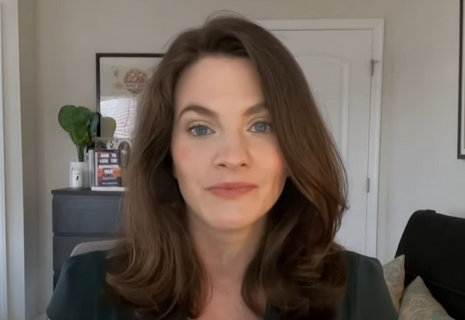 AP put out one of its so-called “fact-checks” headlined: “Old comments by disinformation board director misrepresented online.” The outlet took issue with users and outlets claiming Disinformation Governance Board (DGB) Executive Director Nina Jankowicz “said she wants verified Twitter users to be able to edit other users’ tweets” during a January 2021 video conference on “disinformation.” AP complained that such claims were “missing context.” According to the AP’s spin: “[Jankowicz] was explaining an existing program offered by Twitter [Birdwatch] that allows certain users to write notes contextualizing claims made in tweets.”

But the AP fact-check undermined itself by quoting Jankowicz in the 15th paragraph saying: “I like the idea of adding more context to claims and tweets and other content online rather than just removing it.” AP spun that Jankowicz “did not say she personally wanted verified users to edit tweets, nor has she said she plans to implement something similar through the [DGB].” Rather, the outlet said in the 14th paragraph: “[H]er full remarks make clear she was explaining the Twitter program in response to a question, not proposing her own ideas.” Newsflash, AP: Jankowicz saying she “like[s] the idea” of users editing others’ tweets means she backs the idea and could work to implement it during her tenure leading the DGB. Big Government shouldn’t be anywhere near the business of censoring at all.

Jankowicz even likened Twitter’s Birdwatch to the liberal Wikipedia, which she said “morphed” into a “pretty good starting point for some research, and like, with a grain of salt …can be a good place to start for context.”

In fact, the primary issue that Jankowicz focused on during the conference concerning the Twitter Birdwatch model simply involved “scale ultimately,” a program that AP barely elaborated on. According to Jankowicz, one part of the issue is that Twitter was too small: “Twitter is a much smaller platform than something like Facebook or umm, YouTube or, really, most other platforms.” Another issue Jankowicz cited is that Twitter’s Birdwatch asks “volunteer fact-checkers to do their work for them. So, we’re going to have problems scaling it up. It’s not a solution that works for everything.” In essence, Jankowicz argued that Twitter’s Birdwatch model, which she likened to Wikipedia, doesn’t go far enough or have adequate editors.

Jankowicz championed the alleged views of leftist Harvard University Shorenstein Center Research Director Joan Donovan, who once reportedly proposed that Biden institute a 9/11 Commission-styled “truth commission,” similar to the DGB.  Jankowicz said Donovan pivoted off of the Jan 6. Capitol Hill riot to advocate for “librarians” of the internet:

What we really need to, to save us from disinformation is a bunch of librarians to archive and categorize all of the footage and information and things like that that have been posted on the internet in order to kind of help the platforms weave through it and preserve what is important, [emphasis added.]

AP conveniently omitted Jankowicz’s citation of Donovan from its “fact-check.”