A new study on fake news relied on questionable data and biased sources to blame the problem on the right. It also contained critical errors, leaving the accuracy of the results in question.

Research soon to be published in the American Political Science Review claimed that “Republicans end up sharing more fake news than Democrats do,” according to a statement given to PsyPost by the lead researcher, Mathias Osmundsen. He suggested that this may be “because most mainstream media outlets publish negative news articles about the Republican Party,” while Republicans who wish to share negative information about Democrats “must turn to fake news publishers.” 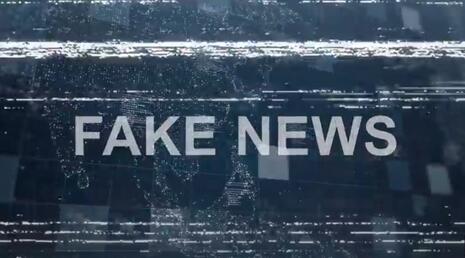 The study not only references BuzzFeed as a fact-checking organization, it lists The Daily Show and PolitiFact among the “real news” sites. Perhaps the researchers from Danish Aarhus University need to first research American news sources before conducting another study.

The foundation of the study, titled “Partisan polarization is the primary psychological motivation behind political fake news sharing on Twitter,” relied on the identification of real and fake news sites and their political leanings. The methodology used for identifying the sites and the resulting lists are both problematic.

To identify fake news sites, researchers started with lists compiled by other researchers, according to the study’s supplemental material. One such list admittedly drew from “work by fact-checking organizations” like PolitiFact, BuzzFeed, and FactCheck.org. It is unclear why BuzzFeed was considered to be a fact-checking site by the authors, as it is nothing of the sort. It’s not even a member of the liberal International Fact-Checking Network.

There are many problems with fact-checkers. Both PolitiFact and FactCheck.org are part of the IFCN, which received $1.3 million from liberal billionaires George Soros and Pierre Omidyar. A report from December 2020 also revealed that one of the certifiers working at IFCN was a highly partisan Clinton supporter.

Among the “real news” sites listed with a neutral bias were two sites that aren’t news sites: factcheck.org and lifehacker.com. USA Today, NPR and PBS were included as “neutral or mixed ideological slant,” which is questionable at best.