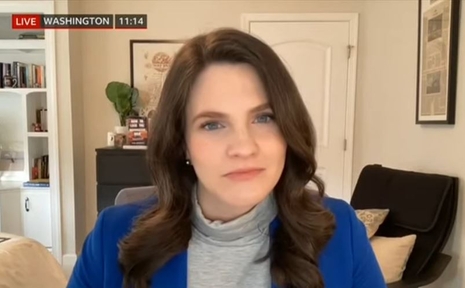 DHS’s new “Disinformation Governance Board” (DGB) has, reportedly, been put on pause and is facing elimination, the far-left Washington Post announced Wednesday.

The board has been condemned as an attempt to institute a “Ministry of Truth” to censor, punish and “correct” speech and news that contradicts government policy and ideology. But now, according to anonymous DHS “sources,” the board has been paused, and may be dismantled, The Post reports:

“Now, just three weeks after its announcement, the Disinformation Governance Board is being ‘paused,’ according to multiple employees at DHS, capping a back-and-forth week of decisions that changed during the course of reporting of this story.

“On Monday, DHS decided to shut down the board, according to multiple people with knowledge of the situation. By Tuesday morning, (DGB Leader Nina) Jankowicz had drafted a resignation letter in response to the board’s dissolution.”

“Working groups within DHS focused on mis-, dis- and mal-information have been suspended. The board could still be shut down pending a review from the Homeland Security Advisory Council,” The Post reports, noting that Jankowicz may stay on with DHS, in some other capacity.

Since her appointment, Jankowicz has come under fire for her past, politically-partisan and false comments and social media posts – the very types of speech the DGB was, apparently, meant to combat.

“Lorenz revealed the news in a clownish piece entitled, “How the Biden administration let right-wing attacks derail its disinformation efforts” that lamented Jankowicz “was the victim of coordinated online attacks as the administration struggled to respond.”

“She gushed over the woman who believed (among other things) that Hunter Biden’s laptop was Russian disinformation, endorsed European-style regulation of free speech, peddled bogus claims about Trump-Russia collusion, suggested select Twitter users should be allowed to “edit” other users’ tweets, and touted claims in the completely-discredited Steele dossier.”

Conservatives, however, cheered the news of the DGB’s demise, but say a “pause” doesn’t go far enough to protect free speech. “The Ministry of Truth needs to be canceled, not just paused. We don't need the government telling us what to think!,” Media Research Center (MRC) President Brent Bozell tweeted.

“@washingtonpost blaming conservatives for daring to defend free speech is the icing on the cake. Yes, we love free speech and real journalists should too!,” Bozell said in a follow-up post.

.@washingtonpost blaming conservatives for daring to defend free speech is the icing on the cake.

Yes, we love free speech and real journalists should too!