The Orwellian Disinformation Governance Board was paused but not disbanded, and two advisors and one former board member are hardly qualified to be the arbiters of truth. It turns out that the christened disinformation board elitists spread false information in the past. 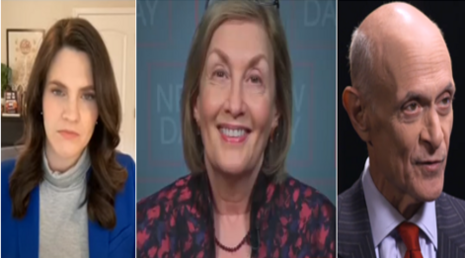 The Department of Homeland Security (DHS) oversees the Disinformation Governance Board (DGB).  With the censorship board paused, DHS put out another bulletin June 7, saying it “remains focused on disinformation that threatens the security of the American people, including disinformation.”  DGB advisors Michael Chertoff and Jamie Gorelick, and former DGB head Nina Jankowicz made false statements in the past.

How can individuals who made false statements on important issues be expected to determine “disinformation” objectively and accurately?

Following George W. Bush Administration Attorney General John Ashcroft’s testimony before the 9/11 Commission “expos[ing Gorelick] as responsible,” Gorelick wrote a piece for The Washington Post defending herself and claiming both that she did not create “the wall,” and that she allowed an even freer flow of information between the intelligence and criminal investigation communities. Her opinion piece for The Post contradicted Ashcroft’s testimony.

Ashcroft reportedly stated that “the Justice Department’s surveillance and FISA operations were specifically criticized for their glaring weaknesses. It is clear from the review that actions taken in the Millennium Period should not be the operating model for the U.S. government.”

MRC Free Speech America previously uncovered how DGB co-chair Jennifer Daskal and DGB advisor Chertoff had ties to leftist billionaires George Soros and Bill Gates. Just like George Orwell’s “Ministry of Truth,” the Biden administration’s Disinformation Governance Board is full of hypocrites who claim to be experts on stopping disinformation, even though they spread false information themselves. Orwell is undoubtedly thrashing in his grave.