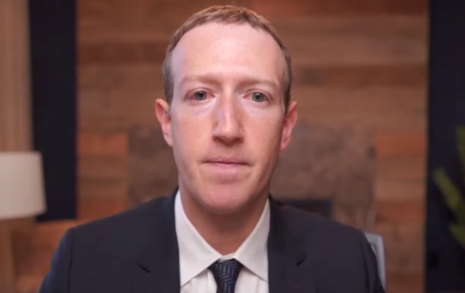 During the hearing, Zuckerberg seemingly bragged about how his platform censored people and impacted the 2020 election: “We labeled over 180 million posts [as misinformation]. We directed 140 million people to our official voting information center. And we helped 4.5 million people register to vote.” The Facebook CEO also appeared to falsely accuse Trump of calling for the riot that occurred at the U.S. Capitol on Jan. 6. “We did our part to secure the integrity of the election, and then on January 6, President Trump gave a speech rejecting the results and calling on people to fight,” he said. “The attack on the Capitol was an outrage.”

Zuckerberg has not hidden his own biases. He reportedly gave $350 million to a left-wing organization that may have swayed states like Arizona to then-candidate Joe Biden in the election.

The hearing, titled “Disinformation Nation: Social Media's Role in Promoting Extremism and Misinformation,” also featured testimony from Twitter CEO Jack Dorsey and Google CEO Sundar Pichai. The three CEOs testified before the House Subcommittee on Communications and Technology and the Subcommittee on Consumer Protection and Commerce on March 25.

Pichai joined Zuckerberg in bragging about censoring opposing views. He said that Google’s video sharing platform YouTube removed content questioning the validity of the 2020 presidential election. “In response [to Jan. 6], we raised up authoritative sources across our products,” Pichai said. “On YouTube, we removed livestreams and videos that violated our incitement to violence policies and began issuing strikes to those in violation of our presidential elections policy. We removed apps from the [Google] Play Store for inciting violence.” Google removed the free speech platform Parler from its app store after Trump’s supporters began moving to the platform.

Dorsey made the absurd statement that Twitter’s moderation policies attracted more users. “If we woke up tomorrow and decided to stop moderating content, we’d end up with a service very few people or advertisers would want to use,” Dorsey said. “Ultimately, we’re running a business, and the business wants to grow the number of customers it serves.”

Axios reported that 17 major Big Tech platforms, including Twitter, YouTube and Facebook, banned Trump after the January 6 riot at the U.S. Capitol. The three platforms represented in the hearing have appeared to grow more bold in banning content that they disagree with politically since. Big Tech’s willingness to ban conservatives was on full display in the House’s hearing, and it showed that nothing will likely change until America’s elected officials act on the issue.