Kneecapped: LifeSiteNews Says It Has Been Financially Blacklisted by Google

LifeSiteNews said they have been financially kneecapped by Google.

LifeSiteNews author Gualberto Garcia Jones stated that “thanks to our conference on the morality, legality and science behind the covid vaccines, Google has completely banned our website from Google Ads and Google Ad servers” in an Feb 23 email to the Media Research Center. Jones explained further that the financial blacklisting by Google has massive implications: “[U]nfortunately, our advertising agency used Google ads as it is the industry standard. In addition, Google has banned us from Google News and Google discover.”

LifeSiteNews explained in its reporting on the censorship, that Google had “cit[ed] alleged ‘dangerous or derogatory content’ the company declined to identify.” The outlet also said it “received an email notifying us that LifeSiteNews ‘is not currently in compliance with our AdSense Program policies and as a result, ad serving has been disabled on your site.’" 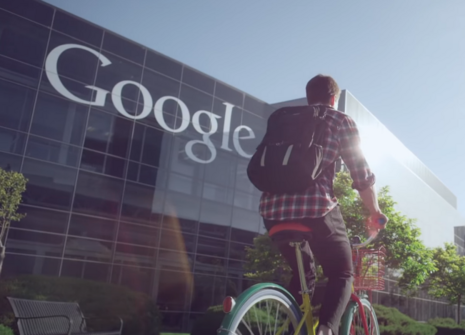 LifeSiteNews said that the only example Google provided was “a February 4 LifeSite article detailing an interview former University of Virginia school of medicine profesor Dr. David Martin gave on mRNA-based COVID-19 vaccines and the distinction between vaccination and gene therapy.” The article noted the absurdity of Google’s action’s:

“Google did not identify any factual errors in the piece, but said simply that it forbids ‘content from any site that contradicts or runs contrary to scientific or medical consensus and evidence-based best practices’ — a standard that, if universally adopted, would stagnate scientific consensus by crippling open debate.”

The financial blacklisting of LifeSiteNews was not the first time Google and its affiliates have targeted pro-lifers, specifically LifeSiteNews.

YouTube has reportedly entirely banned the pro-life group LifeSiteNews from the platform in its latest attempt to censor speech online.

“YouTube just completely removed the LifeSiteNews YouTube channel. This isn’t a temporary ban; every single one of our videos is completely gone. Thankfully, we have backups of all our videos, but this means hundreds of thousands of people have lost access to our truth-telling content,” the pro-life organization said on its website.

Jones closed his email announcing this latest story to the MRC by seeing the silver lining that “I kind of feel as if the devil has decided that LSN is not fit for his disciples to read, so that is a very high compliment for us.”

Conservatives are under attack. Contact Google at (650) 253-000, or by mail to 1600 Amphitheatre Parkway Mountain View, CA 94043, and demand that the platform provide transparency: Companies need to design open systems so that they can be held accountable, while giving weight to privacy concerns. If you have been censored, contact us at the Media Research Center contact form, and help us hold Big Tech accountable.