TheBlaze’s Chad Prather warned Americans that the Biden administration won’t stop its assault on information online, despite the recent pause of the Orwellian Disinformation Government Board. 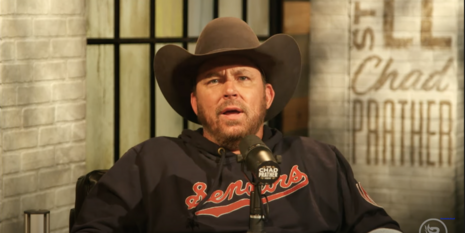 On his show, Prather referenced the liberal meltdown that occurred after billionaire Elon Musk announced his intent to buy the platform.

“In a coincidence so strange one almost wonders if it’s actually a coincidence, the Department of Homeland Security has created this new head of the hydra immediately in the wake of Elon Musk’s decision to buy Twitter,” he said. “The Disinformation Governance Board is designed to coordinate countering misinformation related to homeland security, focused specifically on irregular migration and Russia,” he added.

“Here's my take on the world’s richest man buying Twitter: He makes a great car and rocket,” Schiff tweeted in April. “But I’m concerned his personal views will stop the fight against disinformation on social media.”

Schiff added that the platform’s problem was “too much hate” instead of “too much content moderation.”

Prather said the post could not be more ironic.

“How long did you lie to the American people, claiming you were sitting on top of a mountain of evidence that Trump colluded with the Russians when in reality what you had was a big fat nothing?” Prather asked.