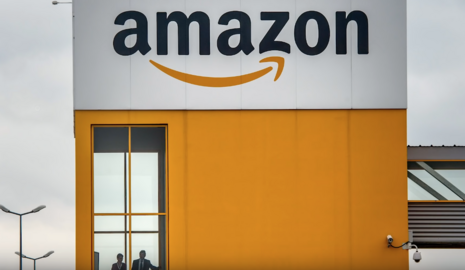 In President Joe Biden’s America, China has the freedom to use its products to harm American citizens, thanks to lobbying from Amazon.

The INFORM Consumers Act could have protected American consumers, but Amazon had other plans. “When the Senate passed legislation to counter China’s growing economic clout late Tuesday, it excluded a measure designed to protect online shoppers from counterfeit and dangerous products after aggressive lobbying led by Amazon,” The Washington Post reported. “The measure, called the Inform Consumers Act, would have required online marketplaces such as Amazon to authenticate the identity of the third-party merchants who sell on their sites.”

The Post summarized Amazon’s effort to obliterate the legislation before it could hurt the company’s bottom line: “[T]he effort to include the bill was scuttled, in part after a group led by Amazon raised repeated objections to the measure, according to congressional aides who spoke on the condition of anonymity because they were not authorized to speak publicly about the internal deliberations.”

Amazon may have recognized that the Inform Consumers Act would have devastating consequences: It actually could have held the commerce giant accountable.

The Senate Judiciary Committee’s website suggested the legislation could “combat the online sale of stolen, counterfeit, and dangerous consumer products by ensuring transparency of high-volume third-party sellers in online retail marketplaces.” The INFORM Consumers Act, shorthand for The Integrity, Notification, and Fairness in Online Retail Marketplaces for Consumers (INFORM Consumers) Act, would specifically change the game of online retail for the better in that it could:

“[D]irect online retail marketplaces that include third-party sellers of consumer products to authenticate the identity of ‘high-volume third-party sellers,’ which will help deter the online sale of counterfeit goods by anonymous sellers and prevent organized retail crime rings from stealing items from stores to resell those items in bulk online.”

The Post quoted a Director of “consumer advocacy” watchdog group Public Citizen, Lori Wallach, as she scorched Amazon: “‘Big Tech rigged the bill, killing the requirement that companies like Amazon inform consumers who their big third-party sellers are and where those products come from, which is mainly China, so we don’t get scammed or injured.’”

Conservatives are under attack. Contact Amazon at (206) 266-1000, or by mail to 410 Terry Avenue North Seattle, WA 98109, and demand that Amazon support the ideals of the First Amendment. If you have been censored, contact us at the Media Research Center contact form, and help us hold Big Tech accountable.