Screenshot May Have Exposed Twitter’s Blacklist and Shadowban System

Twitter was rocked by a massive “security incident” yesterday, and in its wake purported blacklisting tools may have been exposed.

Big Tech’s infamous lack of transparency has outraged leaders on both sides of politics, but the  incident appears to have blown the platform wide open. “A Twitter insider was responsible for a wave of high profile account takeovers on Wednesday, according to leaked screenshots obtained by Motherboard and two sources who took over accounts,” Vice Motherboard summarized July 15. 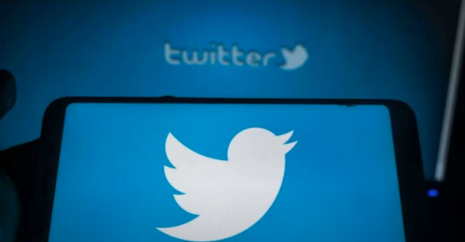 Screenshots were revealed of the various buttons Twitter moderators purportedly have access to, including: “Trends Blacklist” and “Search Blacklist.” Critics have asked if this is proof Twitter indeed has the capability to shadowban users.

ReclaimTheNet observed that what these blacklist buttons reveal, while alarming, is not a surprise to those who have watched Twitter’s clear descent into liberal partisanship.

ReclaimTheNet reported that Twitter had made shadowbanning functionally part of its Terms of Service and recounted how “undercover video from a January 2018 Project Veritas report shows a former Twitter engineer discussing the tactic almost two years before it was added to the terms.”

ReclaimTheNet quoted Twitter engineer, Abhinov Vadrevu’s comment from the aforementioned Project Veritas report that “One strategy is to shadowban so that you have ultimate control.” The same video also allegedly featured former Twitter executive Olinda Hassan stating: “It’s something we’re working on. We’re trying to get the sh*tty people not to show up. It’s a product thing we’re working on.”

Twitter’s latest Terms of Service indeed state that “We may also remove or refuse to distribute any Content on the Services, limit distribution or visibility of any Content on the service, suspend or terminate users, and reclaim usernames without liability to you.”

Vice Motherboard Editor-in-Chief Jason Koebler alleged that “Twitter just locked my account and made me delete a tweet about how this hack worked.” Koebler later added:

Free speech YouTuber Tim Pool commented in response to the apparent cyberattack, suggesting that Twitter’s will and ability to censor conservatives is now a proven “fact”:

I don't get why anyone bothers arguing about social media bias against conservatives, its a fact

Now we can see in the leaked screenshots they seemingly do shadowban and black list people.

Senator Josh Hawley (R-MO) promptly sent an open letter to Twitter CEO Jack Dorsey demanding he “give the public an accounting of how much of their personal info you lost today.”

High-profile accounts including “Joe Biden, Elon Musk, Bill Gates, Barack Obama, Uber, and Apple” were allegedly compromised as a result of the incident and “tweeted cryptocurrency scams in an apparent hack.”

Conservatives are under attack. Contact Twitter's leadership by tweeting at the official @Twitter account and demand that the platform provide transparency: Companies need to design open systems so that they can be held accountable, while giving weight to privacy concerns. If you have been censored, contact us at the Media Research Center contact form, and help us hold Big Tech accountable.