Dave Rubin has launched two platforms on the same day, which he believes could solve the free speech and censorship problem online.

In a Dec. 4 livestream, the host of the Rubin Report Dave Rubin described two platforms he created, Locals.com and the Rubin Report app, which have gone public today. Rubin said that he created the platforms to help solve the “massive problems with Big Tech” that we all know exist, including things like deplatforming, algorithmic suppression and shadow banning. Locals.com, he said, will be where creators, as long as they are not engaging in illegal activity, will be able to establish online communities and be fundraised by their fans. “You’re going to set your rules, whatever rules you want for your community,” he said.

More specifically, Rubin suggested he started these projects in response to seeing many online content creators such as Andy Ngo to border protection activists like Lauren Southern and YouTubers like Sargon of Akkad getting deplatformed. He noted how, in his interview with Patreon CEO Jack Conte, Conte claimed Patreon could deplatform creators for “manifest observable behavior,” even if it does not take place on his platform.

Rubin also suggested that whenever a person says something politically incorrect or steps outside the “Overton Window” of what is publicly acceptable, left-wing media organizations then emerge to “gin up all of this hate” and come after people like Tucker Carlson or Ben Shapiro and their advertisers. 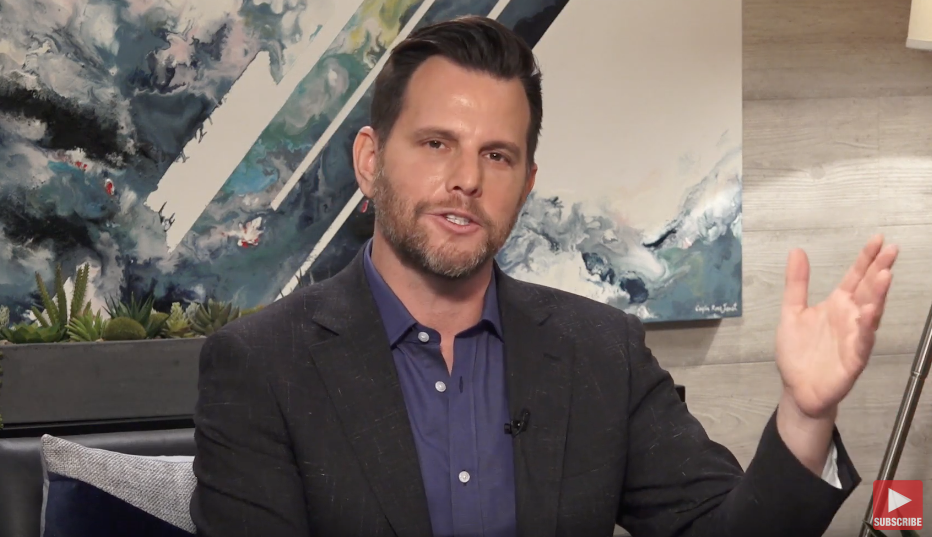 From popular political commentators to video game livestreamers, Rubin explained that creators will be able to create their own online gated communities, with their own customized rules, where they can communicate with and be fundraised by their fans.

Rubin described Locals.com in a tweet, saying the following:

If you’re a creator and you want to own your own community, set your own rules, post video and audio to a curated feed, chat with supporters, sell tickets to events, build your own network with other creators and much more, join us on locals.com

The website is subscription-based, which he suggested is a feature, not a downside to his platform. Many online social media platforms are free, but that’s precisely because users and their data are the product, Rubin noted. He claimed that where YouTube can erase somebody’s channel, and along with it all of their subscribers, a creator could leave Locals.com and still retain access to all of his or her subscribers and move to another platform entirely.

Rubin said that he hoped to solve as many problems for as many people in the creative space as he could, but “[i]f you’re doing something that is illegal, well then we’re not going to have you on Locals.com, obviously.” But otherwise, creators could put up “whatever you want” provided they have a large subscriber base to merit the creation of their own separate communities. He said that while people who actively dislike him are free to join the platform, either he will take their money and allow them to remain on his platform and build their community, or he may decide to boot them and refund their money.

He also made the following statement: “I should also mention that ya know, part of what's going on here is that there's this issue about gatekeeping, right?”

He then listed many of the hard questions that have been the hot button topics of social media today:

Rubin then provided what he believed to be the answer:

So without getting into like the purely philosophical part of that, which I talk about all the time, obviously, right now, we could-- If we build you a website, there’s really no gatekeepers. We’re a tech company. We’re building you a website. If you’re gonna be one of the premium creators for us on Locals.com, we’re gonna build you an app.

However, Rubin did warn of a potential barrier to entry if his company builds an app for users:

That app is gonna have to get into the app store in Google Play. If those guys aren’t gonna let you in, then there’s some other problems. So, this is what I mean about not trying to solve every problem for every single person. We’re trying to solve as many problems for as many people as possible.

So, as of yet, it remains to be tested whether or not he will allow creators and organizations he finds personally offensive, but legal, to create communities on Locals.com, even if they are not requesting a separate app be made for them entirely. And even if allowed by Locals.com, would a separately created app be allowed on any of the major app stores?

For example, would someone as controversial as Alex Jones and the InfoWars brand be allowed to maintain a subscriber community on Locals.com? Alex Jones and InfoWars were deplatformed from Facebook, Apple Podcasts, YouTube, and Spotify. They were not banned for conspiracy theories but reportedly for “glorifying violence,” “dehumanising transgender, Muslims, and immigrants,” and for “hate speech.”

“You’re not gonna be deplatformed off of your own community,” Rubin asserted. Although, those concerned with free speech will need to stay tuned to see just what kinds of communities Rubin’s Locals.com will or will not allow going forward.