Former Texas Republican Governor Rick Perry announced a second presidential campaign on Thursday afternoon, but viewers on the Thursday evening network newscasts may have missed the news altogether if not careful since the “big three” of ABC, CBS, and NBC gave Perry less than a minute and a half of combined airtime.

All told, ABC’s World News Tonight came in with the lowest total as it gave a scant 15 seconds to Perry as part of a 43 second news brief that also included a short clip showing seven other GOP candidates who have already announced their presidential bids and news that former Florida Governor Jeb Bush will reveal his presidential intentions on June 15th.

The newest contender tonight, a familiar face. Former Texas Governor Rick Perry, making it official. He's been in the game before in 2012. Tonight, trying to make a first impression for a second time, citing his military experience and his record as the longest serving governor of Texas.

Holt then took a slight dig at Perry by reminding viewers of his failed 2012 presidential campaign that “failed to spark much heat” before noting that “[i]t was, however, scorching inside the hangar where Perry made today’s announcement.”

NBC’s hit on Perry was not the first attack leveled against him. As the Media Research Center’s Geoffrey Dickens chronicled, the former Texas governor has been lambasted in the media for a number of years by everyone from Bill Maher to Jon Stewart.

The CBS Evening News also neglected to offer a full report on Perry’s announcement, but did discuss it for a total of 42 seconds during a segment in which substitute anchor Charlie Rose brought in new Face the Nation host John Dickerson to analyze the state of the 2016 field on both sides of the aisle.

Along with news of when Bush will make his plans known, Dickerson explained how both Bush and Perry may be “running against each other,” but are somewhat “running a bit as a unit, along with the other governors” in trying to make similar arguments against the numerous current and former U.S. Senators in the field.

Dickerson added that “[t]he argument they make is the decision-making talent is one that governors have, and that's the one that most closely approximates what you need as a president.”

Speaking about Perry’s speech, Dickerson observed that he “talked about that a lot in his remarks today” as “leadership is not a speech you give on the Senate floor, but it's also a shot at all those Republican Senators Cruz and Rubio and Paul and Graham.”

The relevant portion of the transcript from the CBS Evening News on June 4 can be found below. 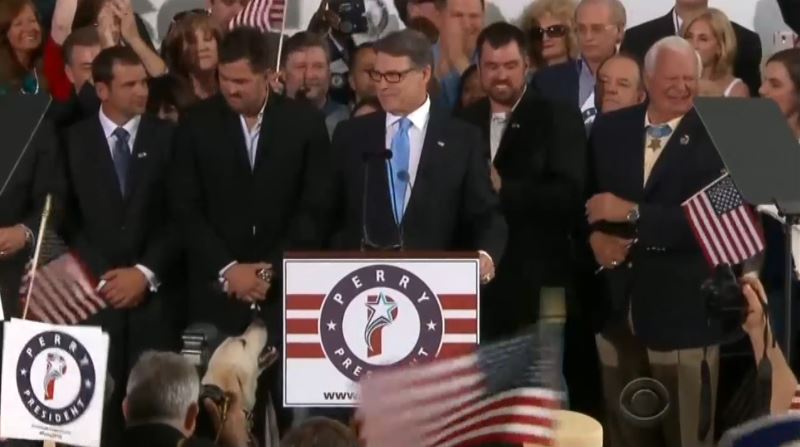 [ON-SCREEN HEADLINE CAPTION: In the Race]

CHARLIE ROSE: Today, CBS News learned that former Florida Governor Jeb Bush will make it official on June 15 he's running for the Republican presidential nomination. Former Rick Perry of Texas got in today, his second run for the GOP nomination. That Republican field to a large but even 10. John Dickerson is our CBS News political director and anchor of Face the Nation. He joins us from the state that holds the first presidential primary, New Hampshire. John, let me ask about the Republican field. How do you assess them so far?

JOHN DICKERSON: Well, if you look at the two pieces of news you mentioned today, Governor Perry and Governor Bush, they're running against each other, Charlie, but they're also running a bit as a unit, along with the other governors, and the argument they make is the decision-making talent is one that governors have, and that's the one that most closely approximates what you need as a president. Governor Perry talked about that a lot in his remarks today. He said leadership is not a speech you give on the Senate floor, but it's also a shot at all those Republican Senators Cruz and Rubio and Paul and Graham.

ROSE: On the Democratic side you got former Governor and Senator Chafee of Rhode Island. You've got Senator Bernie Sanders, already in and then you've got former Governor O'Malley of Maryland in. How will that shape up and does it provide some risk for Secretary Clinton? 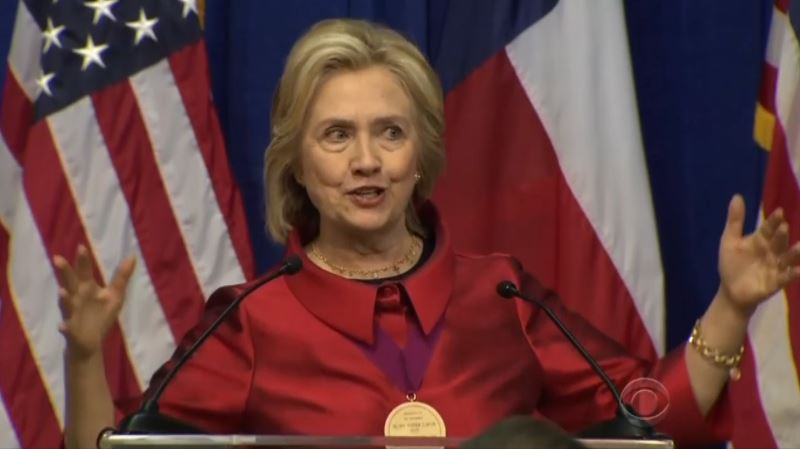 DICKERSON: Well, Secretary Clinton is still the titan in the race. All of those – those men that are running against her, they are still big long shots to even be competitive with her, but what was interesting about Lincoln Chafee was the critique of Hillary Clinton. He said that she – he challenged her trustworthiness and her foreign policy judgment. Martin O'Malley also talked about the need for a new generation. So, the danger or downside for Secretary Clinton is that voters are going to hear a consistent message from both Republicans and Democrats for a long time.