On Thursday night, the “big three” of ABC, CBS, and NBC each covered the news that the United States-backed government in Yemen had fallen after rebels stormed the capital city of Sana’a and surrounded the presidential palace on Tuesday.

While the networks gave this story airtime, they only gave it to the tune of one minute and 59 seconds and avoided any mention of how President Obama had, just months prior, declared Yemen to be a success story for the United States in fighting terrorism.

In comparison, the three networks devoted 11 minutes and 16 seconds on Thursday evening to the growing controversy surrounding the NFL’s New England Patriots and their use of deflated footballs during the AFC Championship Game on Sunday.

The Fox News Channel’s Special Report did mention this element on Thursday, with anchor Bret Baier noting at the top of the program’s broadcast: “Yemen was one of President Obama's examples of where the U.S. was getting it right on foreign policy. That's what he said a little more than four months ago, but the situation in Yemen has gotten progressively worse.”

When President Obama gave his speech about fighting the Islamic terrorist group ISIS in September 2014, he spoke of how the “counterterrorism campaign” to fight ISIS was one that “we have successfully pursued in Yemen and Somalia for years.”

Even though all three networks brought up the close ties between the U.S. and the now-former Yemeni government, the CBS Evening News with Scott Pelley failed to highlight one key fact in its 30-second brief regarding the stance of the rebels now in control of Yemen.

The key fact about the group that now controls Sana’a (known as the Houthis) is that while it doesn’t support al-Qaeda, it has not shown to be supporters of the U.S. either and its usage of drone strikes in the country to take out al-Qaeda targets.

The transcript of the segment that aired on ABC’s World News Tonight with David Muir on January 22 can be found below. 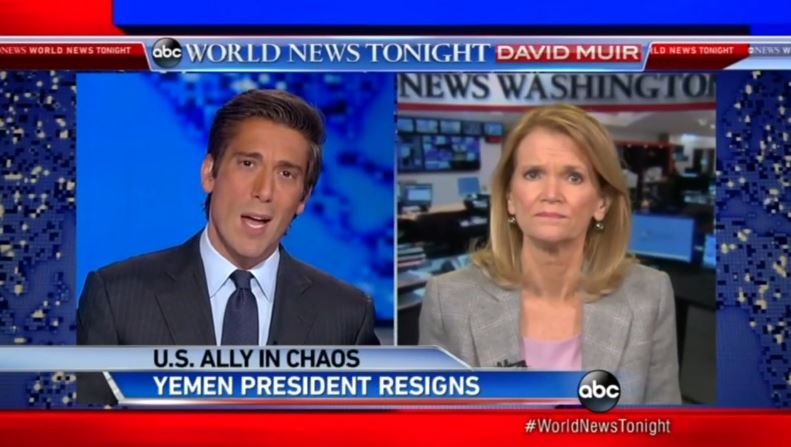 DAVID MUIR: And Martha, while we have you here, I want to take viewers back to those pictures out of Yemen this week, a hot bed for al-Qaeda, as we know, claiming responsibility for those Paris attacks. We know rebels surrounded the presidential palace, as you reported here. Tonight, word the president, a key U.S. ally, has stepped down now?

MARTHA RADDATZ: He has and, you know, Yemen is at the heart of U.S. counterterrorism efforts against al-Qaeda. The Houthis who are now controlling Yemen's capital are not supporters of al-Qaeda, but at the same time, they have been critical of the U.S. drone strikes, so, this is clearly very troubling. If we lose that cooperation, which has been so important.

MUIR: Alright, Martha Raddatz, whose been to Yemen herself several times. Martha, thank you.

The transcript of the brief on Yemen from the CBS Evening News with Scott Pelley on January 22 is transcribed below. 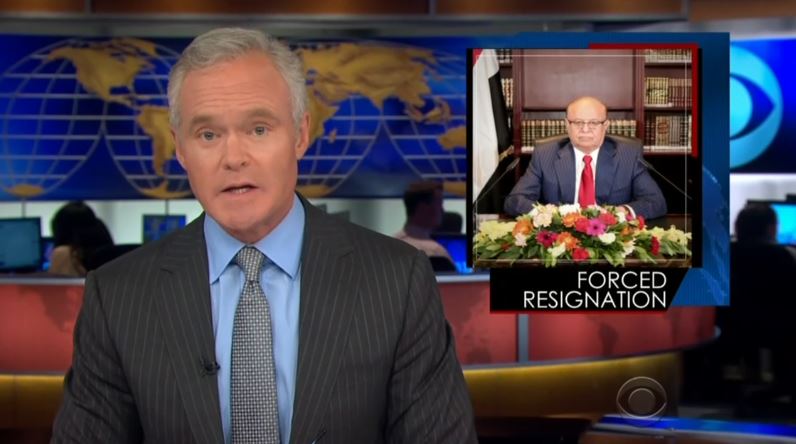 SCOTT PELLEY:  Yemen's U.S.-backed government quit today after rebels took over the capital. Yemen matters because it is home to al-Qaeda in the Arabian Peninsula, the group behind several plots against the U.S., including the attempt to blow up a plane in 2009. Yemen's government has worked closely with the Pentagon and the C.I.A. on drone strikes against terrorist targets. U.S. Marines are on stand-by in case they have to evacuate American diplomats.

The transcript from the segment on NBC Nightly News on January 22 can be found below. 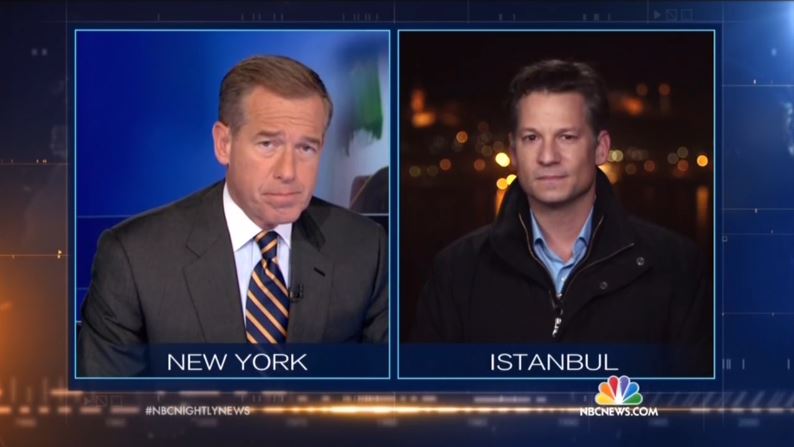 BRIAN WILLIAMS: Richard, other news in the Middle East today was the government of Yemen has officially fallen. This is news for us because the rebels in charge, while not enemies of the United States per se, are not friends either in a region that's been a mess for some time.

RICHARD ENGEL: So, right now we have two countries in the Arabian peninsula where their future is very uncertain. In Yemen, the president resigned his house was surrounded by rebels and he effectively threw in the towel. He decided he didn't want to fight anymore. The question is the current government, the president that now just resigned, was very cooperative with the united States in fighting against Al-Qaeda and al-Qaeda in Yemen has been a very aggressive presence. It's not clear that the rebel group will be so cooperative.