On Tuesday night, NBC Nightly News continued its streak of ignoring comments made by ObamaCare architect Jonathan Gruber into an 11th day while ABC’s World News Tonight with David Muir finally brought up Gruber’s comments on the “stupidity of the American voter” and the "advantage" of having a “lack of transparency” in getting ObamaCare passed.

Anchor David Muir discussed the story for one minute and 16 seconds with ABC News chief White House correspondent Jonathan Karl and described the situation as a “controversy” and labeled Gruber as “one of the architects of ObamaCare” two days after President Obama brushed off Gruber as merely “some adviser who never worked on our staff.” [MP3 audio here; Video below]

Following a clip from the first Gruber video that the group American Commitment unveiled on November 7, Muir then did something else that was rare for ABC or evening newscast in showing an exchange of Karl asking tough questions during the daily White House press briefing.

During Tuesday’s session, Karl asked White House Press Secretary Earnest whether or not Gruber would ever again be hired by the Obama administration to which Earnest didn’t directly rule it out, but emphasized that “the comments that he has now famously expressed are not views that are shared by anybody at the White House.”

When Muir posed to Karl whether that answer was a yes or no, Karl determined that: "Well, they won't rule out hiring him again somewhere down the line, some part of the federal government. Let me tell you this, David, you won't see Jonathan Gruber around the White House again."

Instead of giving mention to Gruber on this occasion, NBC Nightly News devoted 32 seconds to the results of a study that found fewer Americans will have the need for a two-car garage in their homes as more Americans are expected to use public transit and other forms of transportation in the future and take the percentage of homes with more than two cars down to 43 percent by 2040.

The complete transcript of the segment that aired on ABC’s World News Tonight with David Muir on November 18 is transcribed below. 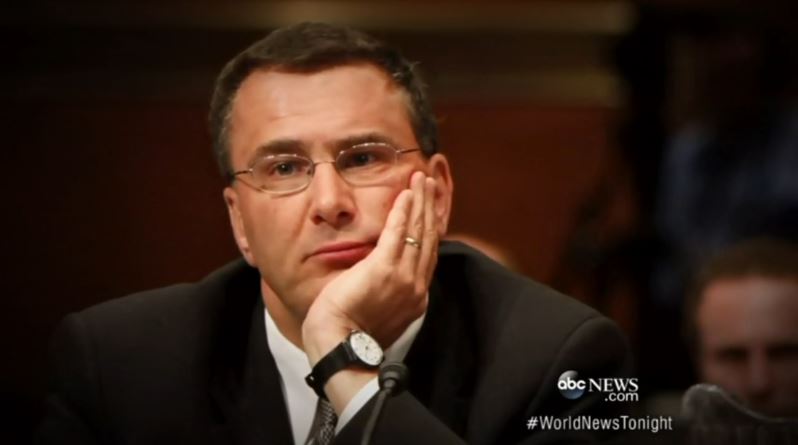 DAVID MUIR: We're going to turn to an another controversy. This time over an economist who has talked about the quote “stupidity of the American voters.” That economist? Jonathan Gruber was one of the architects of ObamaCare and has said that the passing of the President's healthcare plan relied on that so-called “stupidity.” Here’s one of those instances

JONATHAN GRUBER: Lack of transparency is a basic advantage and basically, you know, call it the stupidity of the American voter or whatever but, basically, that was really, really critical to getting the thing to pass.

MUIR: Well, today, Jon pressed the White House. Would Gruber, who has talked about the “stupidity of the American voter,” be hired by the White House again? Listen.

JONATHAN KARL: He's made more than $2 million in the federal government, $400,000 specifically regarding the healthcare law. No more government contracts for Jonathan Gruber?

WHITE HOUSE PRESS SECRETARY JOSH EARNEST: Well, I assume that those kinds of decisions are based on merit, but certainly the comments that he has now famously expressed are not views that are shared by anybody at the White House.

MUIR: So, Jon, was that a yes or no? Would they hire him again? 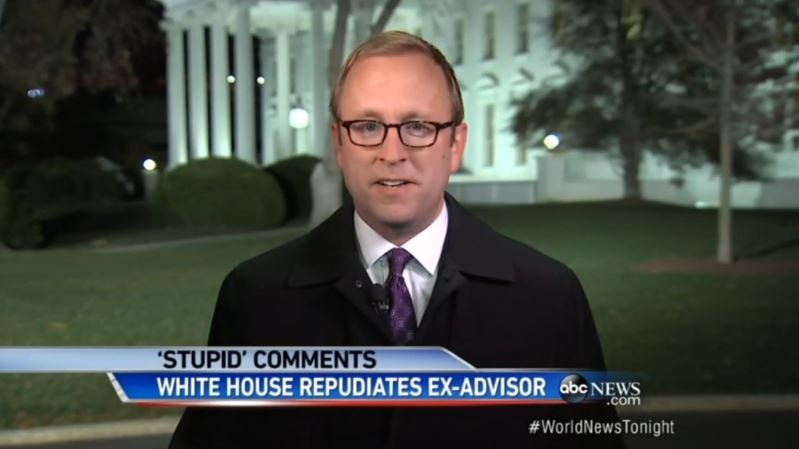 KARL: Well, they won't rule out hiring him again somewhere down the line, some part of the federal government. Let me tell you this, David, you won't see Jonathan Gruber around the White House again.

They don't want any part of him after those comments. He is persona non grata now.