Singer Demi Lovato has declared that “they” are non binary and now use they/them pronouns.

This latest manifestation of Lovato’s rapidly-declining mental health means that she has decided she no longer can be classified as one of the two biological sexes. She is neither male, nor female, nor does her identity correspond with any other invented gender. Incredible.

There is violence and terror in the Middle East, America is in political, social, and economic turmoil, a global pandemic is raging, but many news outlets are reporting on what gender, or lack thereof, Lovato deigns to assume this morning.

The musician “is proud” to announce that “I identify as non-binary & will officially be changing my pronoun to they/them moving forward.” Lovato tweeted the earth-shattering proclamation along with video from her new “4D With Demi” podcast. The pop star admitted this self-revelation came “after a lot of healing and self-reflective work,” that she is “still learning and coming into” herself. “This best represents the fluidity I feel in my gender expression,” she explained. As an act of pure goodwill for humanity, Lovato is “doing this for those out there that haven't been able to share who they truly are with their loved ones.”

Mainstream media is lauding the 28 year-old for this stunning and brave decision, taking pains already to properly refer to her with her desired they/them pronouns in headlines. CNN, CBS, NBC, the Associated Press, and pretty much all other outlets promptly responded by participating in Lovato’s delusion. Twitter added Lovato's news to its trending sidebar meanwhile super-woke enclaves reveled in yet another instance of gender degeneracy.

GLAAD, the “Gay & Lesbian Alliance Against Defamation and child-mutilation propogandist, congratulated the former Disney Channel star tweeting “In sharing their story today, @ddlovato will educate countless people with a message of pride.” 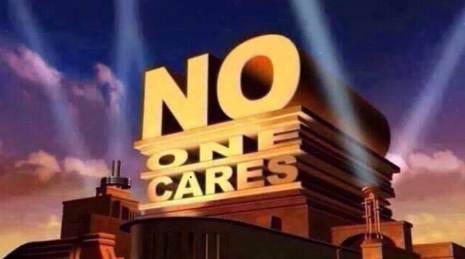 The “nation’s largest LGBTQ civil rights organization,” The Human Rights Campaign shared “We’re so happy for you, @ddlovato! Thanks for being such a fierce advocate for LGBTQ folks everywhere!”

Charlotte Clymer, a transwoman and LGBTQ activist, tweeted that “this is going to be such a source of strength for countless trans and non-binary young people who feel alone in the world.” Clymer thanked her while also noting for the skeptics that “trans and non-binary people have always been around, and the reason you’re seeing an increase in our visibility is because its increasingly accepted to be who we really are. Instead of being cynical, you should honor that.”

Misgendering individuals through use of incorrect pronouns has become a capital offense, so be sure to always ask and use someone’s preferred pronouns unlike the author of this article. In the meantime keep Lovato and other gender-confused persons in your prayers, along with Western Civilization as we approach collapse.