Not allowing people to murder innocent babies is apparently a form of oppression. 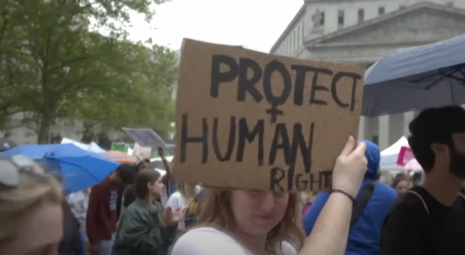 According to June 10 Buzzfeed News article by Clarissa-Jan Lim, abortion laws are ruining the world. Lim penned a sob story about how challenging obtaining abortions is and will be when Roe is gone for good.

In the past decade, many states have passed increasingly oppressive abortion restrictions in an attempt to challenge the ruling. Often, lawmakers who vote for them appear to misunderstand the human reproductive system and cannot explain what the bill they vote on does exactly.

Let me break this down. First off, the only one who is oppressed in the topic of abortion is the child who is killed. And secondly, pro-life lawmakers understand that when a woman is pregnant, there are two bodies involved — the woman and the child in the womb. They also understand that when sperm meets egg, a new living, growing, organism with a unique set of DNA is formed. Pro-lifers understand the human reproductive system. A lot of pro-aborts do too. They just don’t care.

In the piece, Lim harped on the financial burden it was for women to pay for abortions and how that may be affected if abortion access decreases. She gave receipt breakdowns for each woman she interviewed. Bianca from Pennsylvania paid $830, Alexa from Texas got a donor to pay $650, Sarah from Illinois paid $3,000, Taylor from Indiana paid $6,800 and Jillian from Tennessee paid $900. Steep fees that may increase when Roe is dismantled.

A $0 solution for these women would have been to let their child live.

“These women’s experiences mirror the uneven, inconsistent abortion measures across the country, which are certain to be exacerbated if the court overturns Roe,” Lim claimed.

Hopefully the abortion laws become consistent when Roe is overturned. I’d love for all states to abolish abortion completely! That should be less confusing for Lim and her pro-abort posse.

Lim harped on how the overturn of Roe v. Wade is going to restrict the “rights” women have to kill their babies. Yes, Ms. Lim, that’s the goal. Nobody should have a “right” to end the life of an innocent human.