To no surprise, Hollywood thinks that Mother’s Day is about grooming kids. 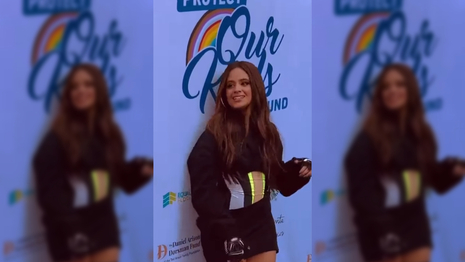 Singer, actress and obnoxious Camila Cabello just announced a legal fund to help Florida schools indoctrinate their students and even put on a concert for the fund on MOTHERS DAY! Yup, you read that right.

In March 2022,  Florida Governor Ron DeSantis announced the Parental Rights in Education Bill that prohibits schools from teaching on the basis of sexual orientation or gender identity to children from K-3rd grade.

The bill aims to protect children from wokeist ideology that the left loves to shove down their throats. Though the bill has no mention of the word “gay,” lots of uber-lefties were opposed. Cabello was no exception.

In an Instagram post, Cabello shared “I am sooo honored to have spent Mother’s Day supporting @lambdalegal and @equalityfl in launching the Protect Our Kids Fund which supports litigation against the hateful Don’t Say Gay or Trans law in FL.” Cringe. She put on a whole benefit concert dedicated to the campaign to further brainwash her fans. Hopefully next year she spends the day celebrating her own mother not trying to indoctrinate the youth.

The alleged “Protect Our Kids Fund” gives “impacted students, teachers and families” resources to help deal with DeSantis' anti-grooming bill, according to Variety. Apparently a bill that protects the innocent mind of children is troubling to these perverts. Cabello told Variety that “As someone who grew up and still lives in Florida, I am appalled that my home state is putting the health and lives of young Floridians at risk by passing this law and inviting discrimination into our schools.” And urged people to donate in order to stand in “solidarity with LGBTQ youth and families.”

Some of the most special people in my life are in this community and it breaks my heart to see their identities try to be erased. We have to demand equal rights and respect for all -- if you’re able to support, please head to the link in my bio to donate to the fund.

I’m sorry but if your five year old thinks he or she is transgender, then you did that. Five year olds should pick their nose, not their gender. Cabello’s fund will do nothing but encourage parents and teachers to give their kids a delusional sense of truth and their self-identity. THEY ARE KIDS! Leave them alone and let them be just that!

So far $500,000 has been raised to support the “emergency” fund to help groom kids but I bet Cabello’s 62 million Instagram followers will hop on the bandwagon and donate to the “cause” soon due to their roaring support in the post’s comments. Ew.

I liked Cabello better when she stuck to the singing instead of professing her love for indoctrinating the youth.