Unhinged left-wing celebrities Bette Midler, Mark Hamill, Tom Arnold, Mark Ruffalo, and Billy Eichner mocked and berated Guiliani for catching and potentially spreading the disease. This was to be expected -- reveling in the misfortune of others was always something the left excelled at, as proven by reactions to Donald Trump’s earlier COVID diagnosis.

Singer, songwriter, actress, author, and comedian Bette Midler clearly had several grievances to get off her chest when she tweeted on December 6, “#RudyGiuliani exposed hundreds to Covid-19 as he relentlessly criss-crossed the country seeking to overturn the election; pix of him maskless, hugging, kissing, posing with other Covidiots...it’s enough to make you gag.  Pity the poor doctors & nurses who have to treat him.” 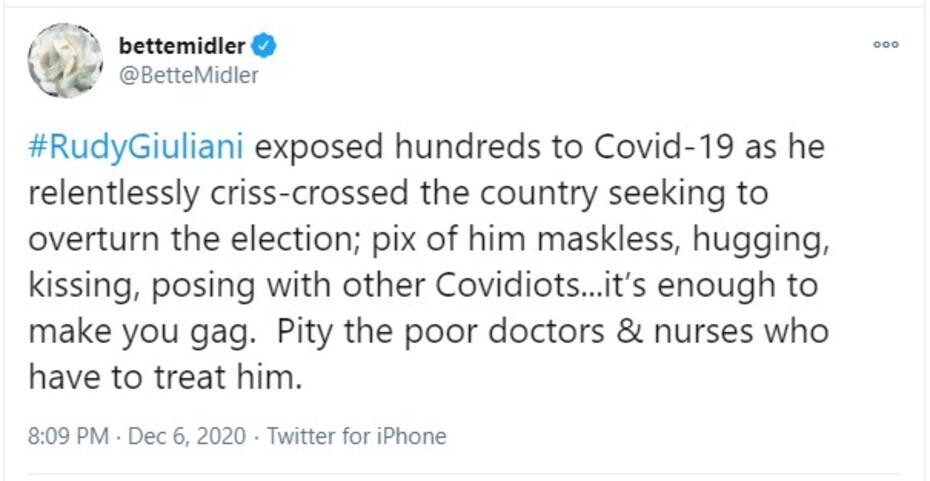 How virtuous of Midler. She’s obviously so concerned for those who came and will come in contact with Guiliani, who must be the devil incarnate himself for spreading the virus.

She needs to get over herself. Midler didn’t even have to say anything, but instead she engaged in preposterous virtue signaling.

Star Wars actor Mark Hamill tweeted on December 6, “.@RudyGiuliani-by far the greatest conspiracy theorist in the history of America & who has been working tirelessly to undermine faith in our democracy in service to the most corrupt president (by far!) in the history of the USA, has fallen victim to the Fake News Covid Hoax. #SAD” 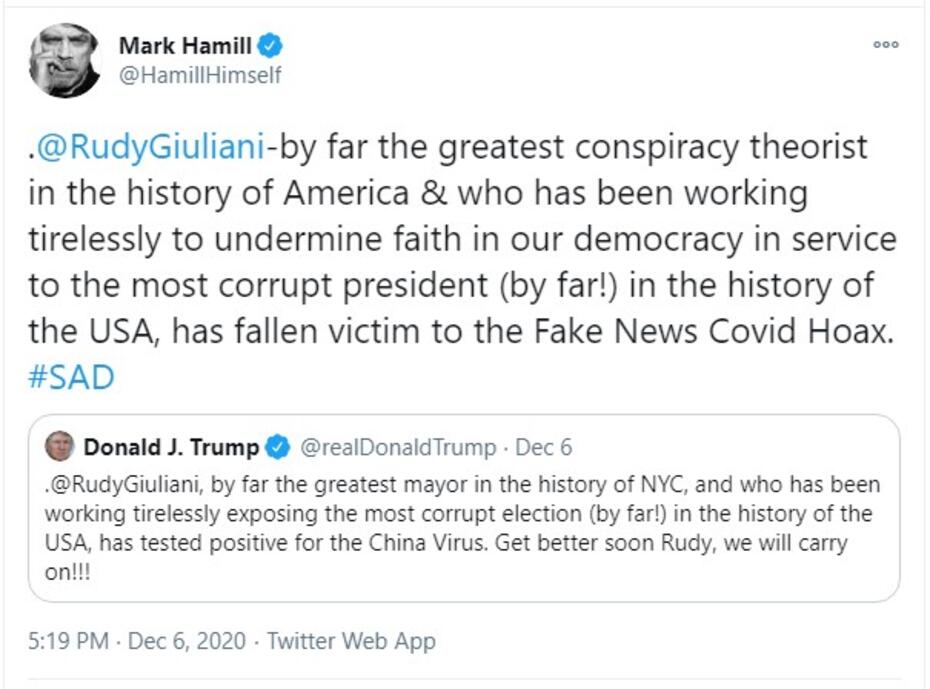 That’s right, kick a man while he’s down. Yoda would definitely approve. 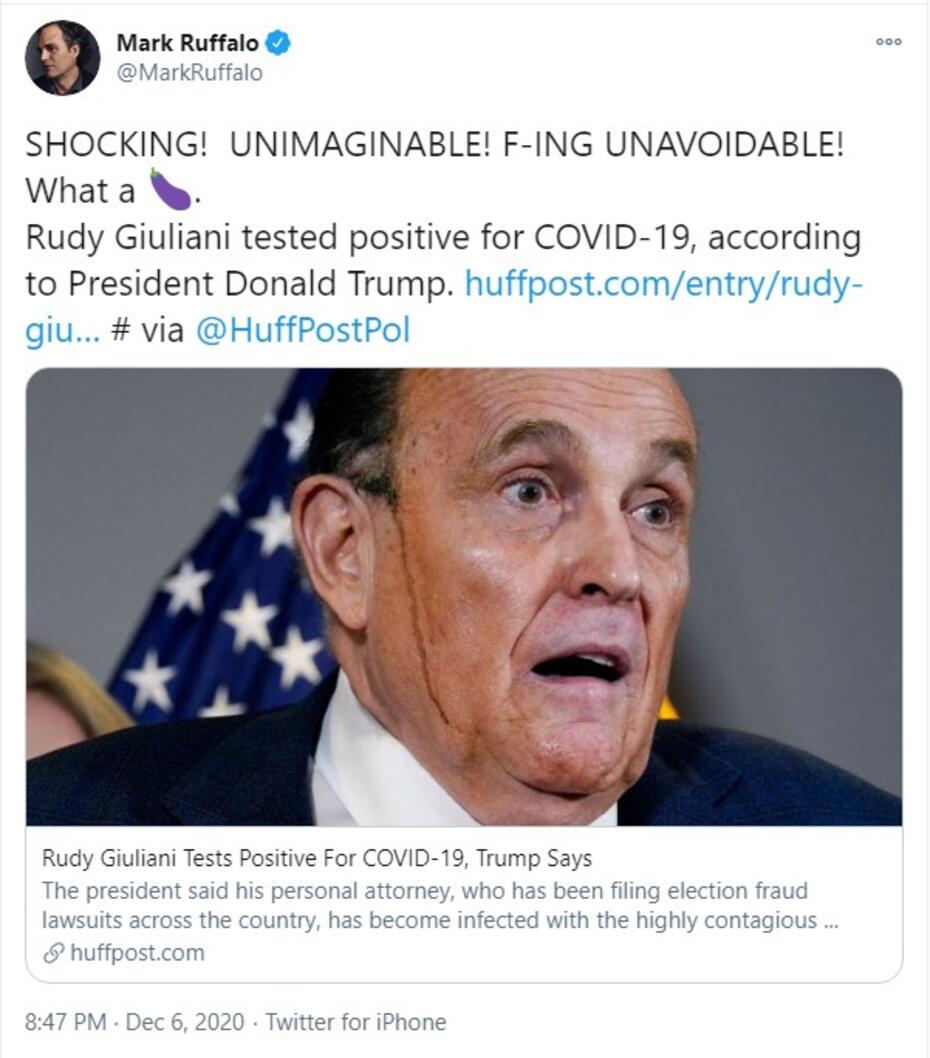 Saying “I told you so” never helps, Ruffalo, even if the phrase is worded differently.

Actor Tom Arnold, who appeared in the film True Lies, tweeted a laughable comparison on December 7 in reaction to the closure of the Arizona legislature due to Guiliani’s presence there: “Rudy Giuliani: 2001 America’s Mayor Rudy Giuliani: 2020 Domestic Terrorist” 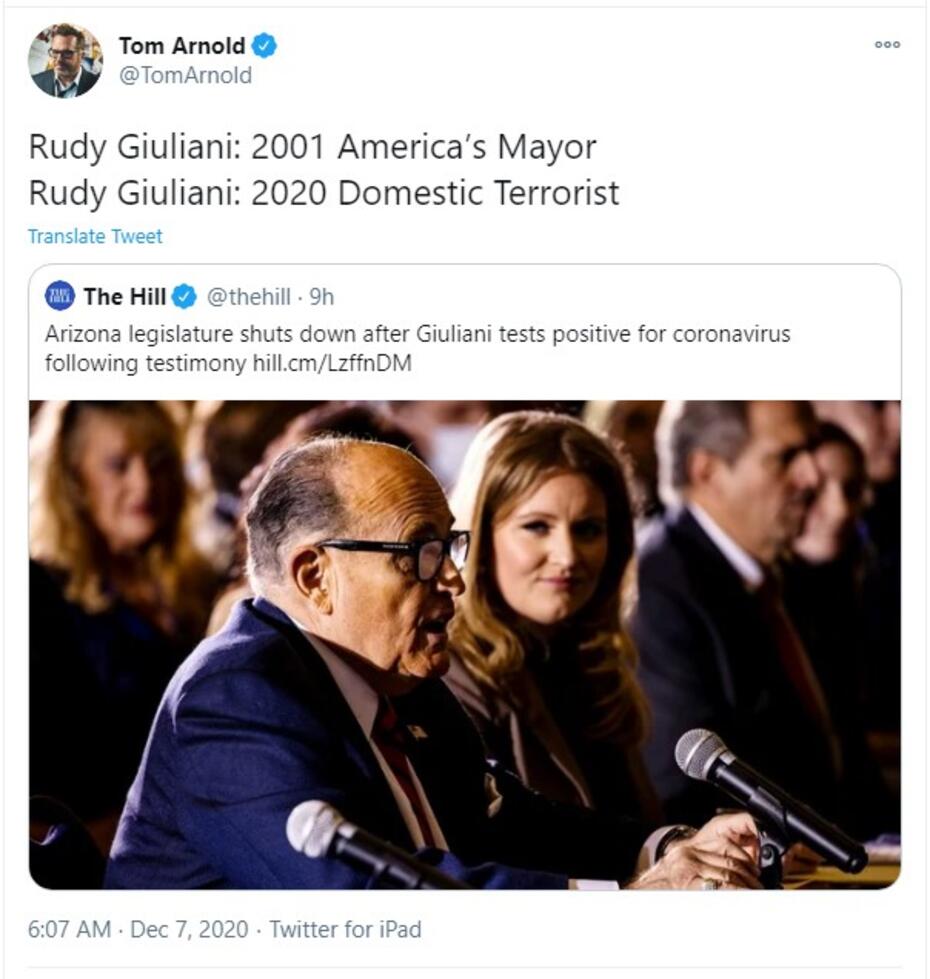 Billy Eichner, who acted in The Lion King, tweeted a GIF of Kimberly Guilfoyle proclaiming at the RNC, “the best is yet to come!” 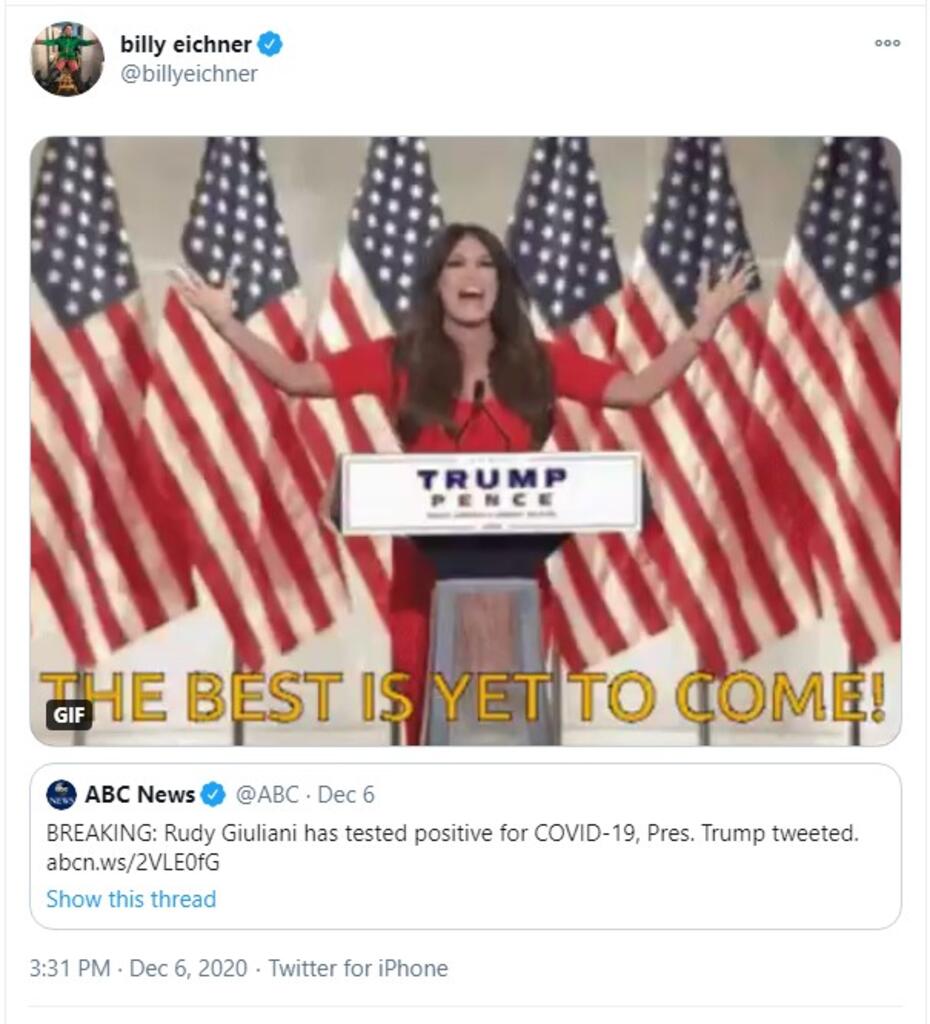 Does that mean that he’s looking forward to more high ranking members of Trump’s administration getting diagnosed with COVID? Given Eichner’s unsavory record, it wouldn’t be beyond him. Or any other of these unhinged leftists, honestly.