Normal People Work at Disney Too. They’re Starting to Speak

It’s almost possible to sympathize with the brass of The Walt Disney Company. Right now, they can’t please anyone. They’re being bullied by lefty employees for not more forcefully endorsing the sexual grooming of grade schoolers. When they tried to placate the drama queens, the normals among their employees started speaking out. Eventually, some customers will too. 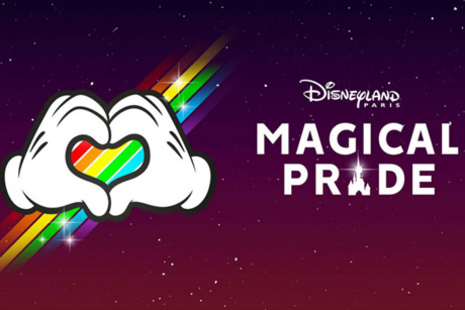 Tough situation. But Disney has been such a malign cultural force for so long that it’s hard not to feel that the craven crap weasels in the C Suite are getting a well-deserved comeuppance.

The problem is that CEO Bob Chapek failed to stick his nose into the business of Florida’s voters. He didn’t objecting early or vehemently enough to the proposed Parental Rights in Education bill, dishonestly dubbed by media lefties the “Don’t say Gay” bill.

For that, he had to grovel to Disney’s in-house Gaystapo, and their demands the company essentially divest from Florida, cease to donate to conservative politicians, and make the Mouse even gayer by, among other things, creating “an LGBTQIA+ brand.” The rainbow mafia was planning a walkout for today.

Meanwhile, conservative Disney employees have sent an open letter to the company, asking that Disney revert to something like political neutrality. That the letter is anonymous, but the big threatened walkout is, by definition, not anonymous should tell you something about the culture inside the House of Mouse. A couple of snippets from the letter:

The Walt Disney Company has come to be an increasingly uncomfortable place to work for those of us whose political and religious views are not explicitly progressive. We watch quietly as our beliefs come under attack from our own employer, and we frequently see those who share our opinions condemned as villains by our own leadership

Over the last few weeks, we have watched as our leadership has expressed their condemnation for laws and policies we support. We have watched as our colleagues, convinced that no one in the company could possibly disagree with them, grow increasingly aggressive in their demands. They insist that TWDC take a strong stance on not only this issue but other legislation and openly advocate for the punishment of employees who disagree with them.

The letter also points out that, as “politicization makes its way into our content and public messaging, our more conservative customers will feel similarly unwanted. You can only preach at or vilify your audience for so long before they decide to spend their money elsewhere.”

Just so. But the truth is, Disney has been smacking around conservative and religious parents for so long, those customers are either Stokholm-Syndromed or ceased to spend their money with the Mouse years ago. As for the non-woke “cast-members,” have fun playing the comic relief or the villains.