“Thanks” to Keith Olbermann and the Seattle Seahawks’ Tyler Lockett, we now have a clearer understanding of the Second Amendment. The former ESPN nitwit, Olbermann, inferred that 2A does not give citizens a right to own guns, and Lockett said Canada’s new policy should supersede our right to bear arms.

Olbermann did not have to pound a desk on television to show his ignorance. He confined it to a tweet stating: 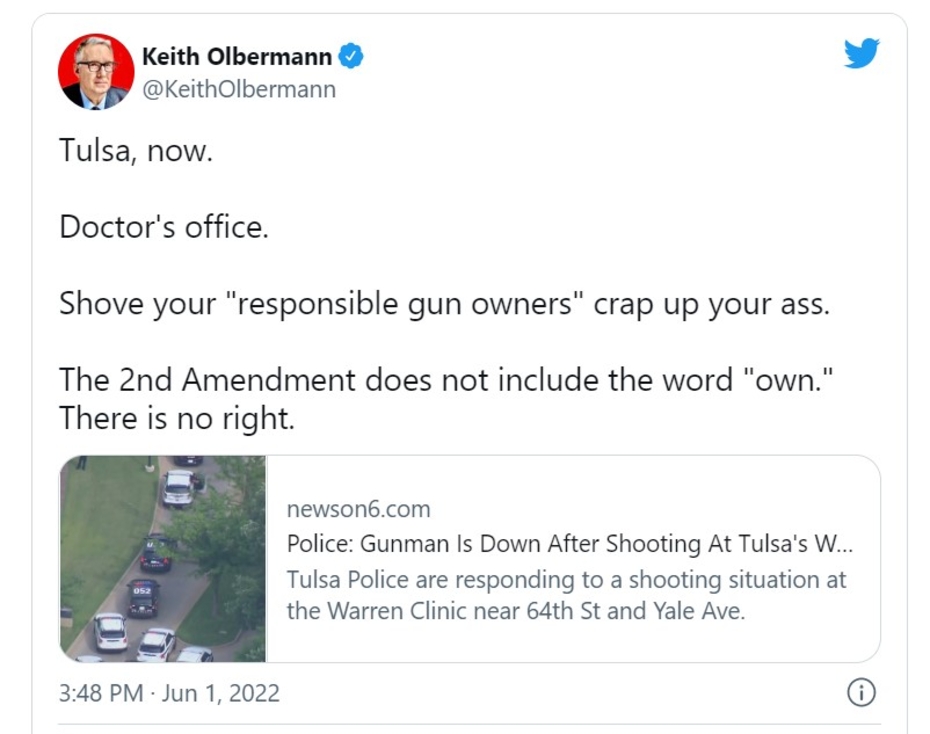 Olbermann was referring to a Wednesday shooting at St. Francis Hospital in Tulsa in which two doctors, a receptionist and a male veteran were murdered by Michael Louis.

The Second Amendment to the U.S. Constitution states: “A well-regulated Militia, being necessary to the security of a free State, the right of the people to keep and bear Arms, shall not be infringed.”

Lockett tweeted Wednesday about visiting Vancouver, B.C., and wondering why the U.S. can’t emulate Canada’s strict weapon policy. He seems to be clueless about Canada’s deference to guns and America’s Second Amendment.

On Monday, Canada’s Prime Minister Justin Trudeau announced new limitations on the right of his countryman to defend themselves from harm. He put a freeze on the purchase or sale of handguns and also put limits magazine capacity. Canadians who presently own handguns can now be out-gunned by criminals with weapons possessing more rounds, courtesy of the prime minister’s freeze.

Lockett has been quite busy on Twitter this week regarding firearms: “We need Congress to ACT NOW! Enough!”

And this: “How can you say care about all life when innocent people are dying and the people in power do nothing except say we need more guns in the hands of people.”

Lockett was recently chosen Seattle’s Male Sports Star of the Year. He will not win any awards for constitutional scholarship.

Like narrow-minded gun grabbers who go nuts over random killings, Olbermann or Lockett refused to touch the worst gun violence in America – the inner cities.

More than a thousand people in Chicago have been killed in the last 17 months. East St. Louis, Ill., is the nation’s most deadly inner city, though. Its murder rate is four times that of Chicago.

The FBI reported that, in 2020, twice as many people in the U.S. were killed by knives than shotguns and rifles combined. Who’s calling for knife control? Can’t hear you!