Sports Blogger Calls for 'Black Liberation,' More of What NFL Fans Are Rejecting 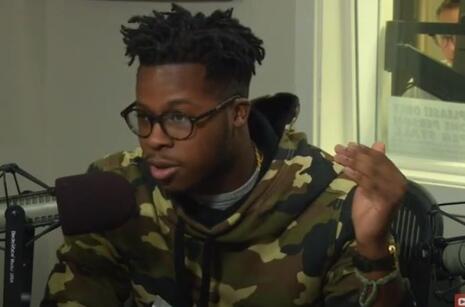 During the NFL's Thursday night season opener, fans at Kansas City's Arrowhead Stadium and the television viewers at home made it clear they are not cool with athlete activism in the workplace. Particularly the Marxist brand of Black Lives Matter activism. That's unacceptable with the NFL, says sports blogger Tyler Tynes of The Ringer.

The fans in attendance Thursday expressed themselves with boos and those at home did likewise by simply by not tuning in on television. Viewership on television crashed to a 10-year low for an NFL season opener.

Yet in an interview with NPR's Sacha Pfeiffer, The Ringer's Tyler Tynes urged African American athletes to give the fans even more of what they don't want.

Fan reaction to Thursday's Black Lives Matter spectacle "is par of the course for the type of white fan that finds themselves at the intersectional point between the nation's reckoning with racism and the athletic ecosystem that they believe they can go into as an oasis of sorts," Tynes told Pfeiffer.

Spectators taking issue with the racial context of the activism on display "doesn't fly in the NFL," said Tynes (seen above in file photo).

" ... But it is racism that is the poison on the Black body because at the end of the day, we no longer need allies. We need accomplices in this fight towards Black liberation. We're here to get something now, and the world is listening."

Pfeiffer asked Tynes if there is anything players can do that won't draw fan criticism.

No, and who cares? came the answer from Tynes. Athletes must do whatever is necessary to gain equity. It's not the responsibility of Black people to solve "the inherent original sin of this country." That's a white problem that whites must fix. It's time not for activist athletes to listen to the fans, but for whites to listen to the athletes' demands.

Aren't journalists supposed to set aside personal passions? Tynes doesn't believe so, inserting himself into the impasse between activist athletes and fans in opposition.

"We are not protesting so that the status quo can be, you know, settled and normalcy can go back to where it needs to be," The Ringer writer says. "No. We need to now find new ways to be in line with the voice and the vigor of a movement for Black lives. And if that means, as we saw in the NBA, a labor strike, a wildcat strike at the moment, then so be it."

If Tynes is to be believed and liberation is what the social justice warriors of the NFL want, it's liberation they will get -- from sports fans who won't enter their place of business to get the employees' racist accusations and politics thrown in their faces. The tone deaf crybaby snowflake athletes are not getting that message.