In addition to being a big fan of food and a sedentary lifestyle, overweight pop star Lizzo is also a huge fan of abortion and allowing little kids to undergo gender transitions. 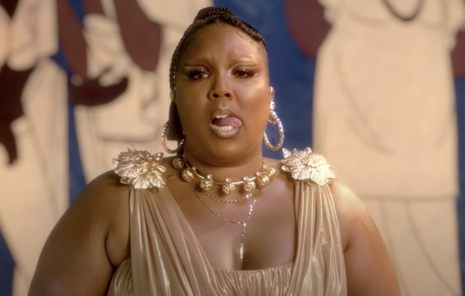 Wow, she does not advocate for anything remotely healthy, does she?

During a recent speaking gig at the South by Southwest Conference in Austin, Texas, the “Truth Hurts” singer spoke out against Texas Republicans who are against abortion and indoctrinating children with trans propaganda.

You see, for Lizzo, confusing kids and advocating for their destruction in the womb comes as naturally as ordering everything on the Burger King menu. Don’t get between her and any of those things if you want to keep your head. But petty insults aside, Lizzo’s words show that she’s not one with whom you want to leave your children unattended for long periods of time.

During the keynote conference, the Texas native repped her pride for her home state but made sure to declare to the audience and other speakers that she can’t stand Texas Republicans and their efforts to protect kids from life-changing leftwing propaganda.

As NBCNews.com reminded readers, Lizzo was referencing a recent order from Governor Greg Abbott (R-TX) that Child Protective Services, other state agencies and private citizens investigate or report on families who appear to be allowing or encouraging their young children to transition genders.

Abbott and the Texas Attorney General believe “that a number of so-called 'sex change' procedures constitute child abuse under existing Texas law.” It’s hard to argue that exposing impressionable children to confusing and life-altering LGBTQ propaganda doesn’t pose a risk to their development and mental.

Of course the left – and Lizzo presumably – believes that this oppresses and denies the reality of transgender youth. But really? Seriously? We’re expected to believe the kids under the age of being able to consent to sex know what they’re talking about when they say they want to undergo life changing hormones?

Lizzo then slammed the Texas politicians who are “all up in your uterus.” The pro-life ones of course. Clearly the pop star is no fan of the state’s pro-life “heartbeat bill.”“The abortion ban is atrocious. Mind your business,” she demanded.

She also stated, “Stay out of my body. This is not political.” Uh, Lizzo, you don’t have to ask twice.