‘Mortician’ Pence Is Worse Than a Pedophile ‘Priest’: Hollywood Goes Low During Debate 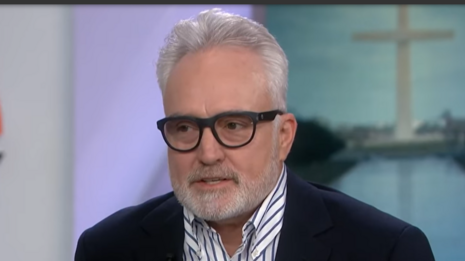 Celebrities like late night comedian Conan O’Brien, West Wing actor Bradley Whitford, and Hellboy actor Ron Perlman made gross smears against the Vice President. One likened him to a “mortician,” another made a disgusting sexual joke about the vice president and Second Lady Karen Pence and yet another made the shocking joke that Pence looks like a priest that sexually abuses children.

Those are the kind of lines you use when you’re confident in your side’s arguments, surely.

Angry Hellboy actor Ron Perlman tweeted, “Thank you Mike Pence! I think I lost 7 pounds from throwing up in my mouth!”

Lion King remake actor Billy Eichner screamed via keyboard that the vice president is a “HOMOPHOBE” and that his wife is a “bigot.” He tweeted in all caps, “THE WHITE HOUSE ITSELF IS A FUCKING COVID HOTSPOT GO HOME WITH YOUR BIGOT WIFE YOU FUCKING HOMOPHOBE.”

West Wing actor Bradley Whitford made an abominable quip about Pence carrying himself like a priest that abuses children, though because Pence is part of the Trump administration, that makes him worse than a pedophile priest. He tweeted, “Pence has the aw-shucks nonchalance of a priest telling you it's okay to take your pants off. Without the moral stature.”

These disgusting quotes are typical for the Hollywood left, but they especially like using them against good and upstanding Christians like Vice President Pence and his family. Judging by how nasty these celebs were during the evening, perhaps the debate didn’t go their way entirely.