Trapped in a corner, desperate liberal mouthpieces in Hollywood have been looking for some last-ditch hope that maybe some anti-Trump Republicans, like Senator Mitt Romney (R-UT) would provide a voice of reason and push off voting on Trump’s third SCOTUS nomination until after the election, but even that hope was in vain. 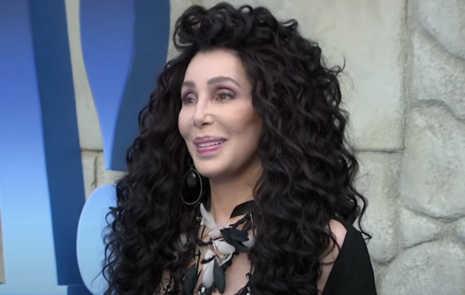 On September 22, Romney, who had apparently given the left the false impression he was on their side for having voted for one of the impeachment articles against Trump earlier this year, announced that he would vote to confirm the president’s SCOTUS pick before the end of the year, if that nominee was qualified. Celebrities like Cher, Bette Midler and George Takei saw the walls closing in on them and lashed out the Romney for being bought out by Republicans.

Really, guys, a Republican going along with the GOP? That’s a surprise?

Aging pop star and left-wing radical Cher tweeted out a desperate message about Romney selling out, as if he was some lefty hero. “[I] keep wondering how did they BUY OFF MITT ROMNEY? VICE PRESIDENT Romney To PRESIDENT Kushner,Then PRESIDENT Romney With Ivanka as VICE.Ivanka’s Good At  VICE,” she pondered, as if Romney is using the SCOTUS nom as a political power ladder rather than filling a vacancy on the highest court in the land.

She added another question, asking, “WHAT DID ROMNEY WANT MORE THAN A SAFE PROSPEROUS AMERICA 4 ALL? He Must Know He’ll BE HATED IF trump Wins 2nd term.”

In another tweet, the septuagenarian singer added that Romney’s soul, along with those of Ivanka Trump, Jared Kushner and Donald Trump Jr., is destined for “hell.” “PRESIDENT KUSHNER, IVANKA, JR. MITT, HELL AWAITS MEN WHO SELL THEIR SOULS.” 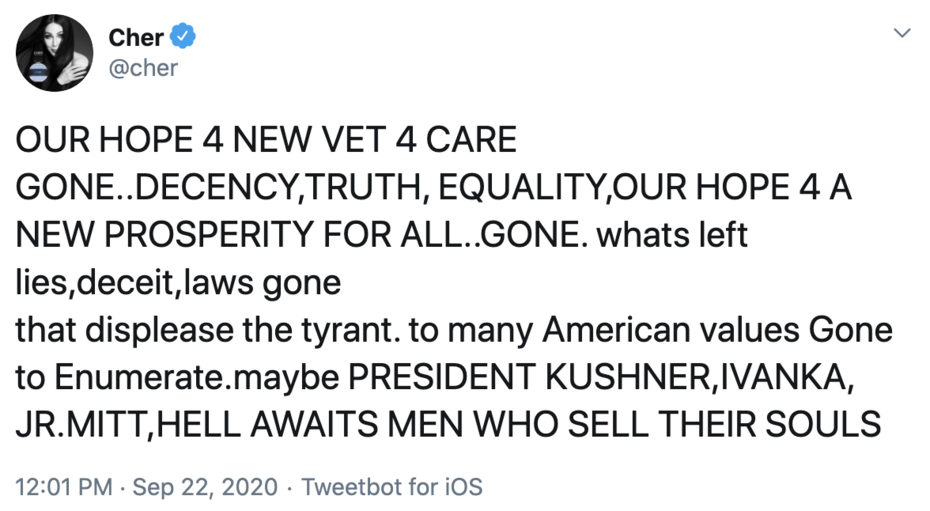 Hocus Pocus star Bette Midler tweeted similar stupidity. She commented on his announcement to vote on the nominee, writing, “You, sir, are a coward.  Twist yourself into all the knots you like, knock yourself out. You have revealed your true self, and it is heartbreaking.” What? He revealed that he’s conservative who wants a conservative judge? Again, what a shocker. 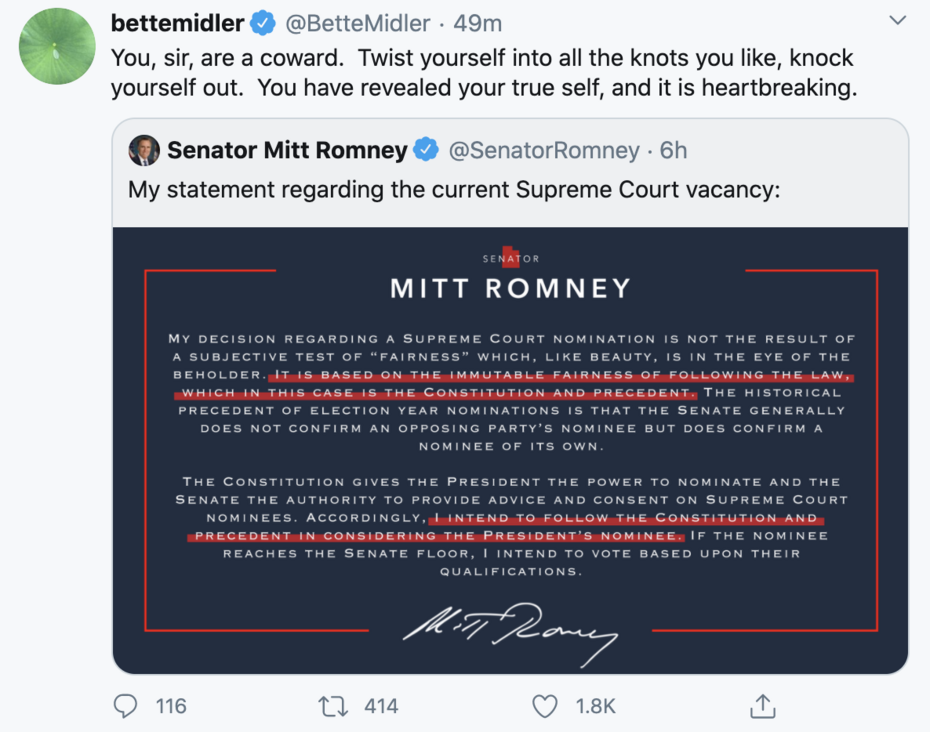 Granted, Romney threw the left a bone when he voted for impeachment on one of the two articles, but to think he’d decline to let a sitting president pick a SCOTUS nom per his presidential duties because he’s personally no fan of Trump is downright stupid.

Star Trek star George Takei pointed out what he thought was a double standard on Romney’s part: how the Senator voted to remove the current president, but then also may vote to confirm the president’s SCOTUS nominee. Takei wrote, “So, Mit [sic] Romney thinks the president committed high crimes and should be removed from office, but should get to replace RBG on SCOTUS. Got it. Dems, we need to fight back. Impeach Bill Barr or Trump again if we have to.”

Though, of course, despite impeachment, Trump is still president and thus has the power to select a judge that Romney might see as qualified as well. Besides, what’s better: a good, conservative SCOTUS pick from Orange Man, or another rabid left-wing activist judge that will contribute to deaths of more unborn babies?