Beloved comedian Chris Rock is now leaning into the race narrative that the left is using to divide America, reminding New York Times readers that, sure, African Americans are making progress, but in the same way that a housewife in an abusive marriage is making progress by not being beat by her husband anymore. 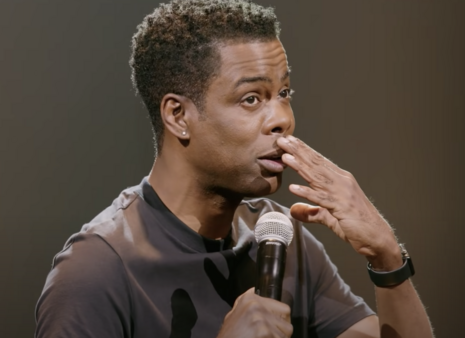 In other words, Trump, conservatives and pretty much anyone who doesn’t support Black Lives Matter are at the very least, emotionally-abusing African Americans. Sure, Rock’s a famous mega-millionaire black man with tremendous cultural influence, the pain of our racist society is written all over his face.

Instead of the New York Times September 16 piece being a profile on how fun and blessed Rock’s life has been as a big Hollywood star – whether that was becoming one of the biggest names in stand up in the 90s, or being best buds with Adam Sandler and Chris Farley during their SNL years – it was a foreboding bit of newsprint race-baiting, literally titled “Chris Rock Tried to Warn Us.”

So we get yet another overhyped lecture from a man who once caught flak for making jokes about Asian people. Yeah he’s one to talk. Anyways, onto the racism we’re allowed to talk about.

When asked whether he felt that America had done away with racism, Rock said no. “It’s real. It’s not going away,” he declared, and then he even spun the idea of Barack Obama’s presidency in a way to disparage America’s racism. “I said this before, but Obama becoming the president, it’s progress for white people. It’s not progress for Black people.” Hmm, interesting.

His point seems to be that electing the first black president was a way that white people can be proud of their progress. He used the example of famous African American pro baseball player Jackie Robinson to clarify his meaning. “It’s the Jackie Robinson thing. It’s written like he broke a barrier, as if there weren’t Black people that could play before him.”

“And that’s how white people have learned about racism. They think, when these people work hard enough, they’ll be like Jackie,” the Fargo actor added. Though we get the point, that it’s almost as if someone like Jackie Robinson was allowed to use his natural talent, but that was before the Civil Rights era. Do Americans nowadays really believe that Barack became president because white people allowed him to?

Of course not, but still Rock continued down the same trajectory, using the same point to refer to white Americans as if they’re mentally-handicapped, or keeping African Americans in an abusive relationship.

He declared that the “real narrative” should be “Black people are being abused by a group of people that are mentally handicapped. And we’re trying to get them past their mental handicaps to see that all people are equal.” Today? Really?

“If a woman’s in an abusive relationship and her husband stops beating her, you wouldn’t say she’s made progress, right? But that’s what we do with Black people.” Adding to that, he claimed, “we’re constantly told that we’re making progress. The relationship we’re in — the arranged marriage that we’re in — it’s that we’re getting beat less.”

Wow. Though perhaps the reason things are so tense right now is that rich and powerful people like Rock are telling millions of impressionable Americans that they are no different than mistreated spouses. Combine that with disgusting rhetoric of people like NBA star LeBron James saying that African Americans are being “literally hunted” by police and white people and it’s not hard to see riots and actual racism perpetuated.

If Chris Rock wants hate to end, maybe he should start by changing his perspective.