Some say Kanye West doesn’t matter anymore, since finding Jesus and donning a MAGA hat. Yet there he is, on the cover of liberal men’s magazine GQ. Inside, West is saying he will be voting for Trump in November and calling out the media and Hollywood for trying to pressure African Americans to vote blue. Seems pretty consequential, doesn’t he? 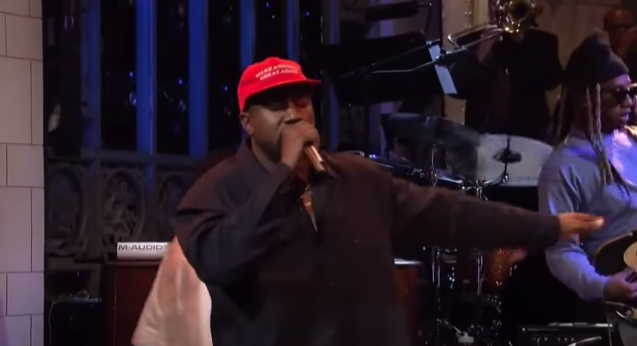 The rapper, fashion designer, and “born again” Christian had an interview with the men’s style magazine where he talked about life on his Wyoming ranch, his newfound relationship with Christ and,of course, his political leanings, which buck celebrity peer pressure and media expectations.

GQ’s Will Welch asked the musician how that faith “plays into your thoughts on politics.” Welch referenced the infamous moment when Kanye first put on his red Trump hat and wondered if anything has changed since then.

“They didn’t fight for me to be told by white people which white person I can vote on,” the artist claimed, characterizing his decision to support President Trump as an act of true freedom from groupthink of his media circles. “I have no intention other than to be free, and I don’t intend to be free — I just simply am.”

West admitted the difficulties of trying to express one’s self when, as a celebrity, your voice is bought and paid for. “Yeah, usually you’re accountable to people that are in control of your check. And you’re accountable for whatever they deem you to be the face of.” He added “so that’s what celebrity in America truly means. Celebrities are scared! Celebrities don’t have the real voice.”

Kanye then explained that the African American community in particular has been brainwashed by the media to think a certain way. “Black people are controlled by emotions through the media,” he said, explaining that “the media puts musicians, artists, celebrities, actors in a position to be the face of the race, that really don’t have any power and really are just working for white people.” But the rapper claimed he’s done with that, “I’m speaking for myself.”

That includes voting for who he wants in the 2020 presidential election. “No, I’m definitely voting this time,” he claimed. “And we know who I’m voting on. And I’m not going to be told by the people around me and the people that have their agenda that my career is going to be over,” he declared.

“Guess what: I’m still here! Jesus Is King was No. 1!” he exclaimed, referencing the success of his 2019 Gospel album. He then said, “I was told my career would end if I wasn’t with her.”

“Her” is, of course, Hillary Clinton.