Hollywood awards acceptance speeches can be so political that sometimes you have to wonder, did they hire Obama’s speechwriter for this? What a crazy thought, right? 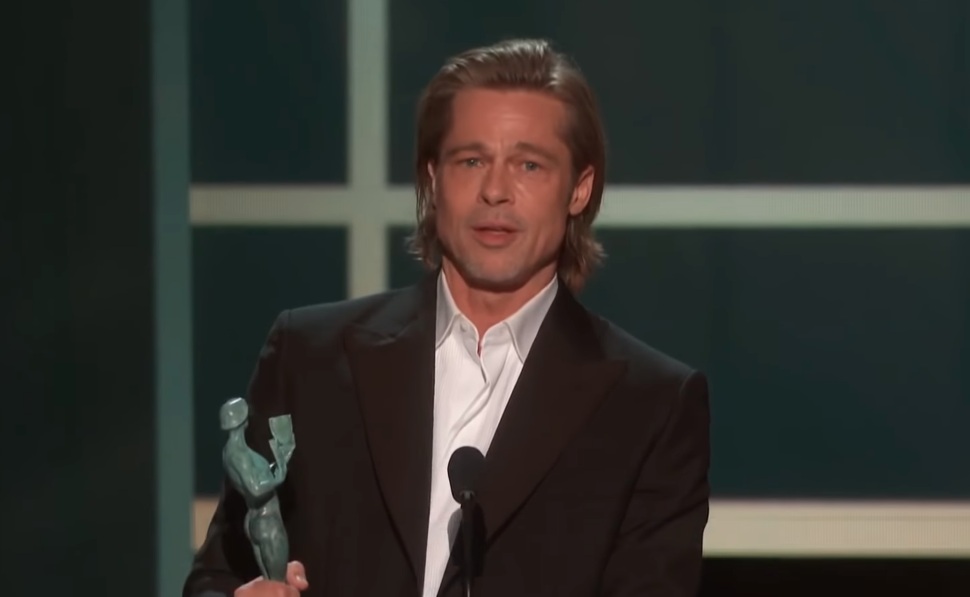 According to one Hollywood outlet however, this is precisely what happens nowadays.

Just in time for the Oscars on Sunday, February 9, New York Magazine’s pop culture site, Vulture, revealed that there are in fact Democrat speechwriters penning pithy and political thank yous for Hollywood stars as they accept the industry’s awards.

Shameful, we know. But it makes so much sense, especially when Joker star Joaquin Phoenix went from a painfully-awkward and stuttering appeal to climate awareness at the Golden Globes to waxing confidently about diversity in movies at the BAFTAs (British Academy of Film and Television Awards) a couple weeks later. Sure it might be practice, but as Vulture indicated, more and more Hollywood stars are getting ghostwriters, many of which are utilizing the revolving door from the DNC to media.

Vulture’s Chris Lee observed that Brad Pitt’s acceptance speech upon winning the Screen Actor's Guild award for “Best Supporting Actor” in Quentin Tarantino’s Once Upon A Time In Hollywood was so well choreographed, its jokes so attuned to the audience, that there had to be something going on. Lee couldn’t confirm which company it was, but found that Pitt had been shopping around for ghostwriters.

Lee wrote, “But at least one outside speechwriting agency reached by Vulture (that asked to remain anonymous because of a confidentiality agreement) confirms that Pitt’s representatives contacted the organization to consult about engaging their services.” Wow, really shatters the magic and realism, doesn’t it?

Not only does this revelation break the notion that Brad Pitt is the whole package — you know, good looks, acting ability AND off-the-cuff wit and charm — it becomes all the more depressing when Lee uncovers that many of these Hollywood speechwriters came from gigs writing for Obama, Hillary Clinton or Michael Bloomberg.

Yeah, real depressing. And it’s Hollywood. We weren’t sure it could stoop any lower.

Lee reported that a certain speechwriting and communications firm called Fenway Strategies was working with Hollywood stars, the kicker being that this firm was founded in 2013 by “former Obama administration officials Jon Favreau and Tommy Vietor.” Some of you might also recognize Favreau as the host of far-left podcast Pod Save America or as a virulent Twitter lefty. The same goes with Tommy Vietor.

Greeaaat, the Obama machine stretches further and further into every aspect of our lives.

Lee spoke to Fenway principal Sam Koppelman, another liberal hack who was a “former speechwriter for Michael Bloomberg and digital strategist for Hillary Clinton.” Oh, and he also wrote a little NYT bestseller called Impeach: The Case Against Donald Trump. Koppelman told Vulture that ghostwriting “is so widespread among movie, music, and TV stars nowadays, he finds it more astonishing to discover a nominee has eschewed professional speechwriting help than when one seeks it out.”

Well, there you have it, straight from the horse's mouth. Whether you're watching CNN or the Oscars or the Grammys, you’re getting the same canned left-wing crap from the same source. It is unavoidable. It is our destiny.