No matter what President Donald Trump does, Hollywood celebs will always stoop for reasons to ridicule him. Trump’s secret visit to U.S. soldiers in Iraq on Wednesday was met yet again with unrelenting hostility from Hollywood and the news media, because as long as he’s him, and president, they will remain completely deranged. 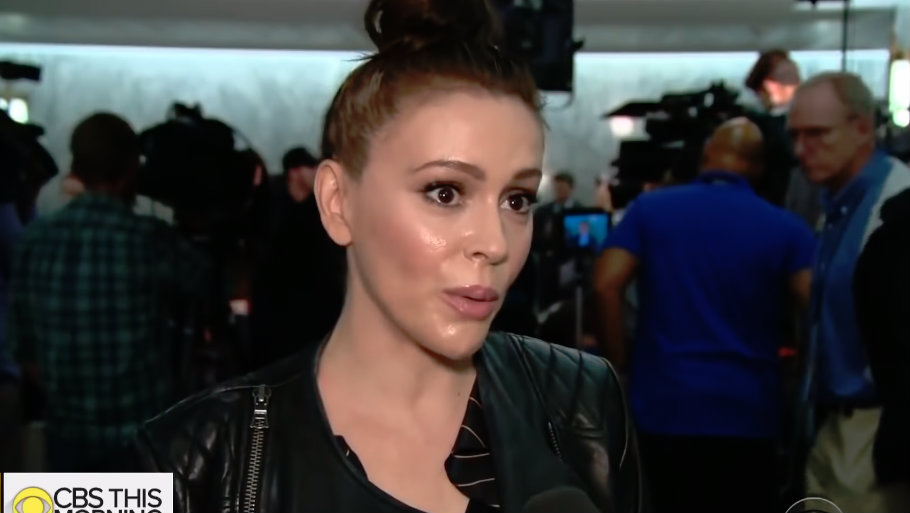 Hateful and petty celebs claimed that Trump was “shamed into visiting the troops,” that somehow Trump’s appearance in Iraq displayed his “cowardice, lies, and stupidity;” and that either way, he’s still a “crook” and a “draft dodger.” And yet we are expected to believe that Hollywood embodies some sort of class?

Actor/Director Rob Reiner put out another predictable Twitter post about how Trump was just “shamed” into doing the visit. Reiner tweeted, “He lies about the bone spurs. Trashes war heroes and gold star parents. Refuses to honor the fallen because it’s raining. Is shamed into visiting the troops. Then lies to them about getting a raise & reveals location of Navy Seals. The Cowardice, Lies, Stupidity are epic.”

And we all know Mia Farrow never shuts her Trump-obsessed trap. The actress grasped for any flaw in the president’s actions, so she nitpicked Trump’s speech to the soldiers. She tweeted that it “Would have been important not to trash Democrats in front of our troops who stand ready to fight for America and ALL Americans.”

Cher also got in on the action with a barely intelligible tweet. It had to do with some “correlation” between Trump’s visit and the behavior “stock market” or something. Either way, Cher blasted Donald as a “psychotic liar, crook, draft dodger.” Well, the Trump hate was loud and clear.

Montel tweeted, “Instead of visiting the troops, @realDonaldTrump has: Crashed the stock market, gone to war with Jim Mattis, delivered a nice Christmas gift to Vlad (Syria) and presided over an “immigration policy” that has killed two kids in a week…”

And Milano retweeted. Williams with her own authoritative caption that said, “Trump becomes first president since 2002 not to visit troops at Christmastime.” Yeah well it turns out that both personalities walked away with their feet in their mouths. 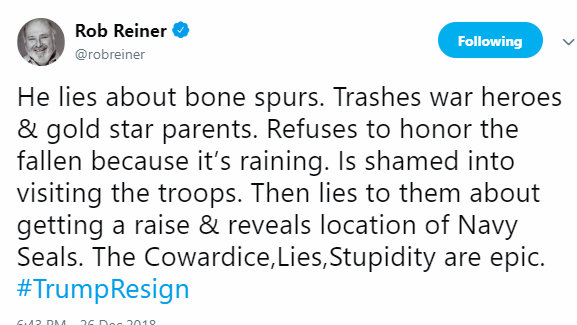 Fox News Channel political commentator Brit Hume was quick to jump in on Milano’s false slam, stating “By the time this was posted, the President and Mrs. Trump were in Iraq with the troops.” This matter-of-fact rebuttal encouraged other media lefties such as Ex-CNN Anchor Soledad O’Brien to get defensive. O’Brien shot back at Hume, “Shaming him seems to work,” to which the FNC commentator replied with a sarcastic bite about how the president read Milano’s tweet and then was convinced to“time-travel” to the previous day when he boarded Air Force One for Iraq.

Needless to say, O’Brien became angry and proceeded to hurl insults at Hume. “Try not to be such an asshole in 2019,” she tweeted. Sadly, when it comes to clearing up fake news about Donald Trump, this is standard response from members of the left-wing media.