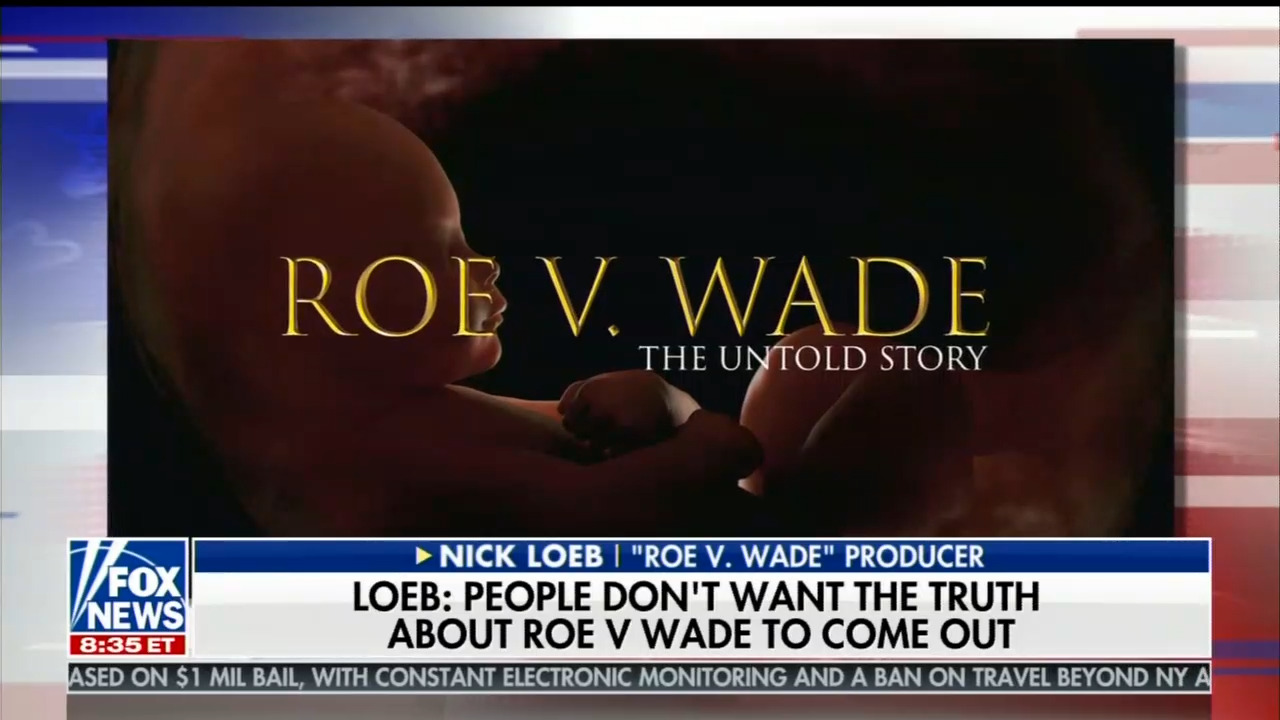 In light of new conservative Supreme Court nominations, the left has been in abject fear over any possible restriction on abortion, and has been lashing out. Their new target is the Hollywood production of Roe v. Wade.

And although director Nick Loeb has remained adamant that things are going smoothly and that he has been maintaining the cast and production levels he had originally planned to have, the scathing “fake news” reports have been circling his project.

The Daily Beast was one of the first lefty outlets to report on problems behind the scenes. It reported that “the film’s director and first assistant director dropped out on the first day of shooting … A costumer, location manager, and several other crew members abandoned the project upon learning of its severe anti-abortion content.”

Daily Beast reporter Nick Sommer also made assault allegations against an undisclosed crew member, saying that the individual physically assaulted him while he was reporting on set of the film.

The Hollywood Reporter published a quote by one of the film’s potential investors, claiming, “The film reinforces lies that have been told over and over … All the weird fake news about abortion is there. All stuff that is easily debunked.”

Online movie and sports media site, The Ringer, echoed similar sentiments, claiming that “The production has been disastrous, as Loeb and Allyn have struggled to ensure that their film -- which was set to finish shooting this past weekend (as of July 17th) -- will ever meet a release date.”

The site also commented on just how out of touch the production is with the Hollywood community. “In one crucial sense, the film’s jankiness is a crucial component; it underscores the conservative movement’s alienation from Hollywood, hence Loeb’s fundraising troubles and his reliance on defunct stars.”

The Muse, a branch of radical feminist site, Jezebel, took potshots at “Roe V. Wade” as well, stating that “Nobody wants to be in this film except for crazy people.” The outlet also mocked the director, stating, “Loeb insists that this movie exists as education for viewers and he must think people are stupid enough to believe a movie that has the nerve to cast Tomi Lahren and Milo Yiannopoulos for any reason at all has no conservative pro-life agenda.”

According to the Washington Times, the casting of either Yiannopoulos or Lahren has neither been confirmed nor denied, with Loeb and other production managers only mentioning that there may be a few “surprise cameos.”

In terms of what’s really going on with “Roe V. Wade,” the director and several other members of the team stated that it is running smoothly and that the bad press covering the production is just that. In terms of the reports of graphic abortion imagery present in the film, Loeb seemed surprised that anyone claimed to have that kind of information, asking “How do you know what’s in a film until it’s done?”

Co-director Cathy Allen countered The Hollywood Reporter’s claims that the movie presented the typical, debunked anti-abortion talking points. She stated that “The filmmakers based the story on 40 research books on the subject and used ‘two sources for every fact we stated.’”

Ms. Allyn also corrected the allegations of Nick Sommer’s assault, saying that the “Daily Beast reporter barged on to the set, trying to write down all of their lines.” She added that an intern intervened only after Sommers grew antagonistic and started “hurling obscenities.”

Those who are actually working on this controversial film see this as a concentrated attack by the fake news media to cripple their work. Mr. Loeb stated, “The ‘fake news’ is incredible. They’re falling all over themselves to lie and spin the truth.”