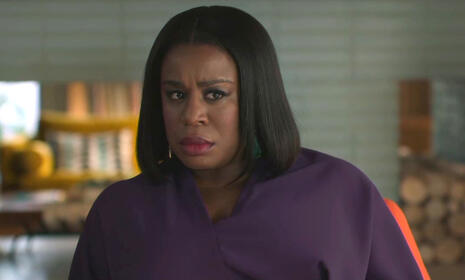 The final episodes of season 4 of HBO's In Treatment dropped on Sunday and Monday this week and the series laid the contempt for white males on thick.

Amazingly, patient Colin (John Benjamin Hickey) decides to come to another therapy session with Brooke (Uzo Aduba) after her speech last week about the problem of white straight cis men because he feels like it gave him a breakthrough.

"I rather inarticulately ran off at the mouth about white guys," Brooke admits at their next meeting.

Brooke then goes into full critical race theory mode and attempts to help Colin with "extricating yourself from this oppressive mindset."

Brooke: Before we move on, I need you to understand that in no way was I ever suggesting that the horrific inequality that exists in this country is a result of white people being more driven.

Colin: No, of course. But is our skewed perception of what success looks like responsible for some of that disparity? I don't know.

Brooke: No. Your poisoned perspective, distorted by centuries of dominance, your insistence on centering yourselves and your comfort makes you capable of subjugating others for your own personal gain without even thinking twice about it.

Brooke grows frustrated with Colin and Colin grows increasingly arrogant and even creepy as the session continues, eventually hitting on Brooke sexually. No anti-white man show would be complete without making the man a harasser, too.

After the episodes with Brooke and her patients, the season ends by implying that she also intends to break up with her white boyfriend. (Yes, this hater of white males has a white boyfriend.) Her boyfriend is an alcoholic who is less intelligent than her and brings her down. Once again, the show resists showing even one positive, intelligent white male character. (A previous episode of In Treatment also said white cops kill black people for fun).

Finally, In Treatment is over and the real therapy can begin for those driven insane from this drivel.