It’s no surprise that the left is on a ceaseless and scandalous search to uncover, and encourage, gay athletes to “come out.”

What is a little surprising, however, is that the media would use an NFL star athlete’s lack of sexual interest in one of the world’s least attractive women as cause for suspicion that he is gay.

Slate’s L.V. Anderson discussed Lena Dunham’s interview with Amy Schumer, when all of a sudden the conversation turned to Dunham’s telling of an encounter she had with Giants wide receiver Odell Beckham Jr.: 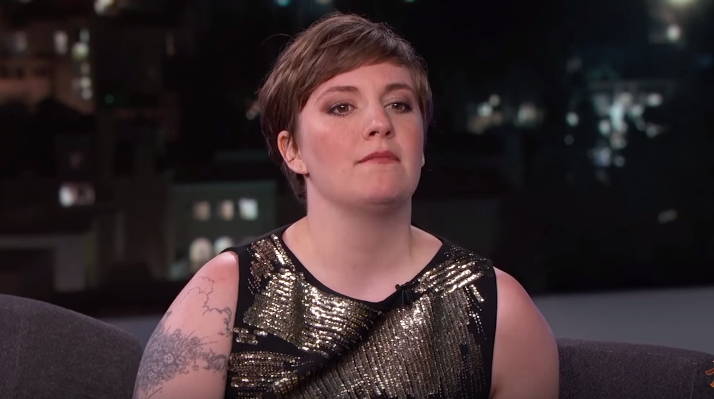 “I was sitting next to Odell Beckham Jr., and it was so amazing because it was like he looked at me and he determined I was not the shape of a woman by his standards. He was like, “That’s a marshmallow. That’s a child. That’s a dog.” It wasn't mean—he just seemed confused.

The vibe was very much like, “Do I want to fuck it? Is it wearing a … yep, it’s wearing a tuxedo. I’m going to go back to my cell phone.” It was like we were forced to be together, and he literally was scrolling Instagram rather than have to look at a woman in a bow tie.”

Yet, that’s not even the good part. Anderson’s attempt at an explanation for Beckham Jr.’s behavior is what takes the cake:

“This may or may not be a fair characterization of Beckham’s behavior at the Met Ball. Maybe Beckham is just shy, or maybe he was in the middle of an important text conversation on his phone, or maybe he was just having a terrible night and didn’t want to make small talk. Perhaps (as the eternal rumors have it) he’s gay. Regardless, Dunham has tapped into a real phenomenon—men who really don’t know what to make of women who don’t sexually interest them—and I, for one, intend to borrow her marshmallow line the next time this happens to me.”

In other words: this event may not have even happened the way this person relates it in this interview. But let’s not let a little thing like proof get in the way of compounding this journalistic malfeasance by implying that he’s gay.

First of all, if this story is true, it doesn’t sound like Beckham had a problem “knowing what to make of” a woman who didn’t sexually interest him. He took a good look and got on his phone. Which is precisely what you do when confronted by an unattractive woman.

Secondly, if Dunham wore a tux and a bow tie, then there’s an excellent chance that Beckham thought Dunham as the gay one. Thus, eliminating any interest he might have had in her.

And last, but certainly not least, why would he have any interest in her? Lena Dunham is in no way sexually appealing. When trying to ascertain whether or not a man is interested in a woman, it is imperative to use an attractive woman.

Yet, this is precisely the point. Dunham knows she’s not attractive, and her leftist sycophants know she’s not attractive. Which is why she continuously gets naked and throws herself at men. She’s trying to make a feminist point about the superficial nature of men, accepted sexual norms, and female objectification.

Instead, she just ends up sexually stalking the beautiful people of the world. With her boyishly boyish looks. Much like Pat from Saturday Night Live. Except naked, and not funny.