The second episode of Fox's Shots Fired, “Hour Two: Betrayal of Trust,” which aired on March 29, continued to perpetrate the narrative that police harass and deny justice to black people.

After a church service for the deceased white teenager, Jesse Carr, African American Pastor Janae bemoans his death to the press before adding that the death of an unarmed, black teenager, Joey Campbell, has gone uninvestigated.

Pastor Janae- It violates the natural order of things. But what about the mothers on the other side of town who have buried their sons and their daughters? Will the governor show her support for them? 17-year-old Joey Campbell was murdered three weeks ago and nothing. No investigation, no motorcade, no empathy. So I pose this question to her-- what about Joey?

The show continues to pretend that shootings of black teenagers go unnoticed while shootings of white teenagers are all over the news, even though in reality it’s the opposite. Yet at the end of the episode, Pastor Janae leads a heated prayer with members of her congregation: “Anger is not a sin. I say unto you again, anger is not a sin. In fact, anger in the face of racism and injustice and false prophets is not a sin, but a weapon. Guide us to use this weapon to serve you well. We are your humble, angry servants of God!”

Later, after a controversial video of Deputy Beck (the officer who shot the unarmed white person) shows a young Beck just graduated from the police academy stating his eagerness to “shoot these crackers,” DOJ Special Prosecutor Preston Terry (Stephan James) and Investigator Ashe Akin (Sanaa Lathan) argue over its significance. Brushing off its relevance to the current investigation, Akin claims, “Plenty of white cops called us worse. Heard it to my face.” 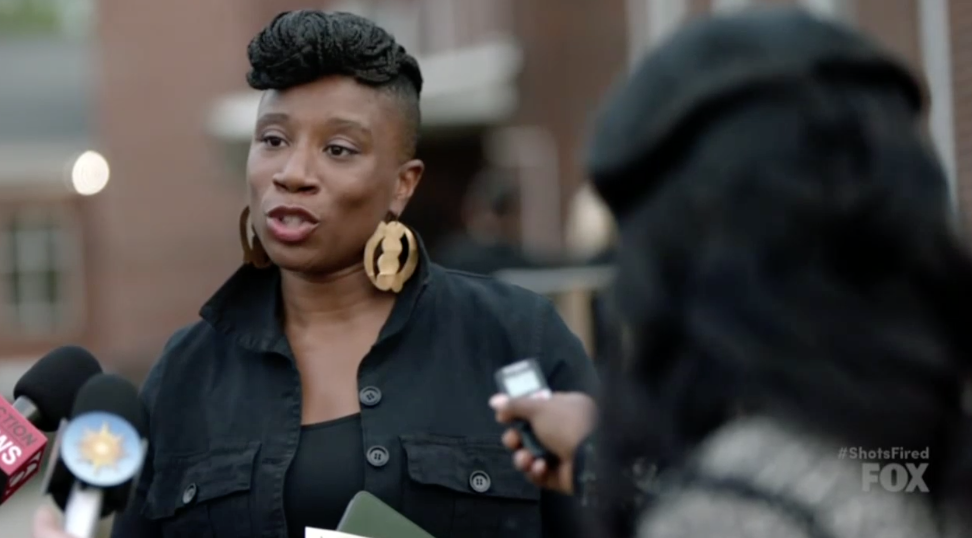 Fox can ignore the facts as much as it wants, but its world of corrupt, racist police departments that only care about white victims simply does not exist.