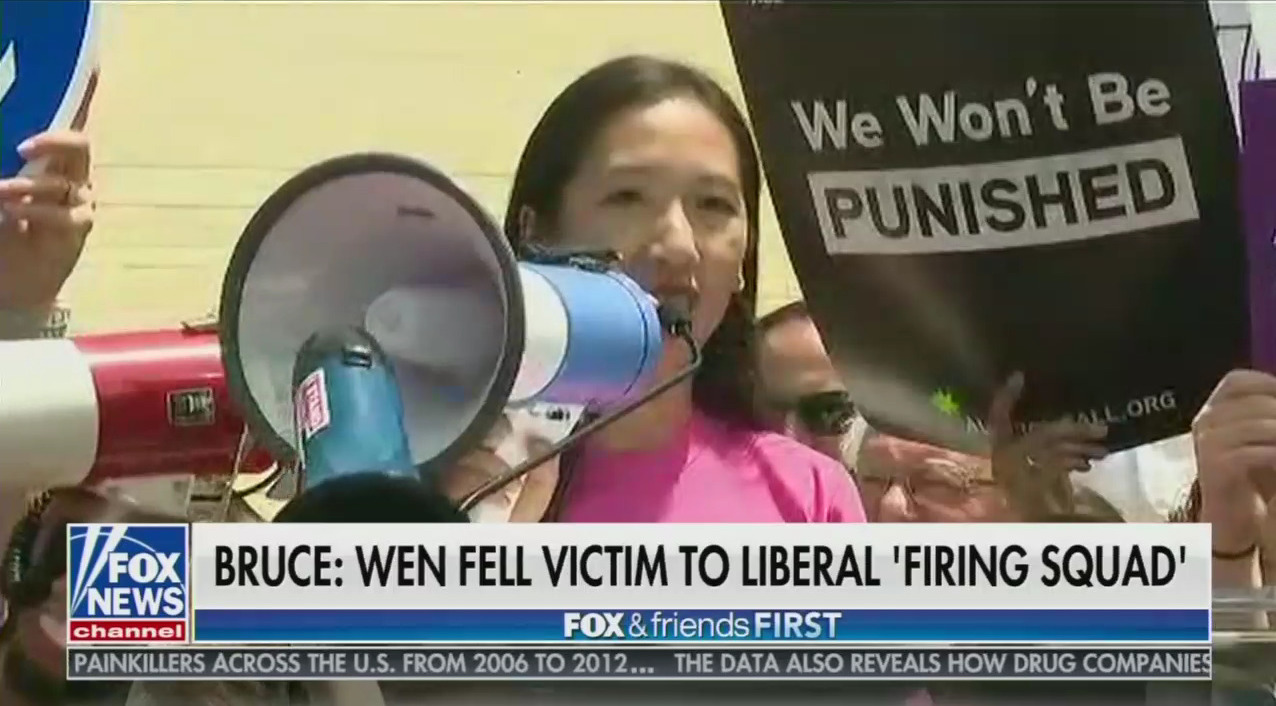 Did you ever think you’d see the day when the president of Planned Parenthood would be fired for being insufficiently woke? Apparently that was a factor in the early termination of Dr. Leana Wen’s eight month presidency on Tuesday. Wen got canceled for violating intersectional politics by supposedly not being radically pro-abortion enough, using transphobic language, and driving out black female employees.

“I came to Planned Parenthood to run a national health care organization and to advocate for the broad range of public health policies that affect our patients’ health,” Wen wrote in a goodbye letter to her colleagues. “The new Board leadership has determined that the priority of Planned Parenthood moving forward is to double down on abortion rights advocacy.”

In another statement, Wen announced she was leaving because of “philosophical differences over the direction and future of Planned Parenthood,” saying, “I believe that the best way to protect abortion care is to be clear that it is not a political issue but a health care one.”

But a Planned Parenthood source for The Daily Beast disputed this explanation:

“If this were really about health care, she wouldn't be stigmatizing abortion and trans health care like she was,” the source said. “The philosophical differences were a small part of it. The management and leadership issues were devastating.”

…Among other things, the source said Wen seemed distrustful of staff, made inaccurate statements to the press, and shied away from using the word “abortion” or employing trans-inclusive language.

BuzzFeed News was all over the story, speaking to six sources familiar with the firing. One former senior Planned Parenthood staffer told BuzzFeed that Wen "demonstrated a complete lack of leadership capability.”

“Shit has been crazy,” said another source. “There was a whole system of insanity: a deep mistrust of staff, giving directives that made no sense, saying things that were factually inaccurate, saying one thing then saying something else completely, micromanaging control over what people were allowed to say and not say.” It’s not surprising that the immoral, dishonest work of abortion would breed such chaos and internal division.

Even a few moments of sanity, when the physician tried to appeal to moderate sensibilities and biological realities was a source of complaint:

Two sources told BuzzFeed News that Wen also refused to use “trans-inclusive” language, for example saying “people” instead of “women” and telling staff that she believed talking about transgender issues would “isolate people in the Midwest.” For a period of a few months, Wen sometimes went through Planned Parenthood’s press releases and documents, deleting the word “sexual” from the phrase “sexual and reproductive health,” the source said. She also resisted using the word “abortion” as a stand-alone term, preferring “abortion care” or other phrases entirely.

Vox echoed this reporting, “Wen was unwilling to use the word ‘abortion’ — preferring phrases like ‘abortion care’ — which some felt stigmatized the procedure.” This is bizarre. If anything, adding “care” to abortion makes it sound kinder and gentler, as if it is a legitimate medical treatment instead of a gruesome procedure that stops a beating human heart.

For now, the abortion giant has a SJW at the helm as it seeks a more permanent replacement for Wen. “Alexis is a renowned social justice leader, lifelong political organizer, and a tireless advocate for reproductive rights and access to quality, affordable health care,” Planned Parenthood said in a press release.